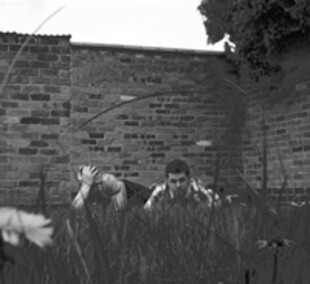 Hmm, three tracks of demo recordings. That's how these sound. Well, it says live recordings in a studio. I'm twenty seven but you may as well double my age to get a feel for my mental state when it comes to digital releases on the internet. It's like microwaving coffee, it's all a bit wrong.

At least with a physical artefact, and the restrictions in place in terms of costs and logistics, you know bands and musicians will hesitate until such time as they have something they are completely happy with before putting it out there. The instantaneous nature of the internet means a band can get a few recordings done then shoot their load all over the bits and the bytes with great ease, and sometimes prematurely.

Alas I am of the opinion that Tor might have... arrived... a little quickly with the songs they have put up on Reverb Nation. Maybe I am just a massive production snob, maybe bands should build a following and encourage interest with early recordings, maybe that is actually an effective process for promotion. But I am a belligerent old grouch, having listened to far too much music on a broad spectrum of genres and wildly varying levels of production quality. If you're putting it up and asking for a review, and 9hz has pointed me towards it, then you're going to get my set of foibles focused on your efforts.

That's not to say Tor are a bad band, and of course dammit punch me in the face because they may not have had the scratch enough to invest in a more nuanced production, but their detailed heavy rock sound with a lean towards math would really benefit from some production love to lift out the subtleties. Here all you get is a hiss of cymbal crashes and a guitar raging like an angry bee down a telephone.

The muddied sound does no justice. Take Menhancer, for example. That has moments of interesting guitar work, alternating between grinding and reverb-laden, however the drums are too high in the mix and there are glitches and pops in the recording that detract from the quality. Then the song just ends, no warning, and it's hard to tell if that is intentional or not.

So, I'm finding it hard to get more words down about these folks. It's a two-piece, which is impressive for a math rock outfit. The name of the band is Tor. A tor is (reading from Wikipedia, here's hoping it's factual!), "a large, free-standing residual mass (rock outcrop) that rises abruptly from the surrounding smooth and gentle slopes of a rounded hill summit or ridge crest." Tor, the band, I really want you to be true to your name. Be an abruptly rising piece of rock! Make a sound like it! Don't be the gravel in some Audi-driving fu-.. fine upstanding gentleman's driveway.

Listen to the recordings here.