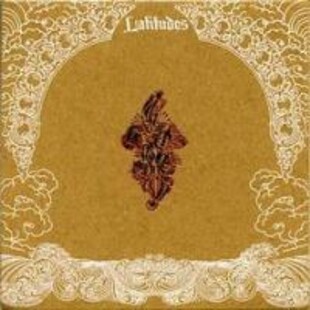 Southern Records have started a Peel Session-inspired series called Latitudes, this is a tribute to both Jon Peel and the often unique music that comes from allowing bands to record in facilities they may not have encountered before.

Here we have psychedelic troupe The Entrance Band creating around 25 minutes of hazed, tripped-out sounds at their leisure. With layer upon layer of guitar effects and a penchant for wallowing in improv it seems, The Entrance band careen through their session with fuzzed-up guitars, flailing drums and barely-there vocals, which all brings to mind folk psyche stuff like Six Organs of Admittance and Voice of the Seven Thunders.

Sounding both of the 1970s and thoroughly modern at the same time, the music flitters on the edge of your conciousness, like an awake dream and would make for some serious stargazing at high volumes in the back room of a pub.

At times the endless echo gives way to more traditional folk-like tropes, the singer intoning a passionate set of lyrics over a seemingly infinite space. This is for fans of tripped-out vagueries that wash in one ear and out the other. The perfect soundtrack for a mind melting session on the wine if the mood takes you, the currents ebbing and flowing perfectly together.

Give an improv band an inch and they will take a mile most times, but what a mile The Entrance Band take you on, truly sumptuous.