Number None Strategies Against Agriculture 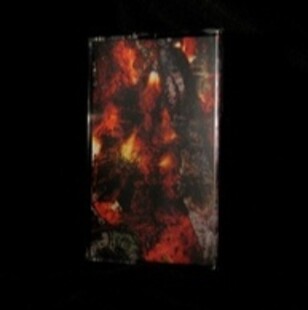 Land of Decay have released this long-delayed recording of duo Number None after it was meant to be released on a defunct label in around 2007.

The duo of Chris Miller and Noah Opponent (what a name!?) make a blissful, yet foreboding noise on this four-track tape. What is clear is that there is an underlying drone of awareness plaintively spread out below the tape's surface, providing a thin ice-like sheet for the duo to explore various avenues of sound over the top.

There's hints of harmonium, wind-like whistles of nuclear winter and an ambient hum that tie it together, giving it an oppressive, 80s documentary feel. It's almost like the synth-led soundtracks to Jon Pertwee and Tom Baker era Dr Who, almost nothing, then sections of horror. You can imagine the Doctor and his assistants hunched up by some polystyrene rocks while a dalek or some hideous mutant walks by.

Often, the pulsing notes sound like breathing, a weak, dying giant, giving up the ghost in a freezing landscape, the last of the mammoths perhaps?

Intended as a comment on the destructive consumption of humanity, the release reflects the desperate situation not only of hunter gatherers in neolithic times, but also the waste of food we commit daily. In the packaging is a quote espousing the greed of humanity in relation to living off the land, something we all take for granted. The title mimics the Einstürzende Neubauten album title Strategies Against Architecture, but that's where the humour ends. This is a highly affecting release that's intended, it seems, to make you consider how ruination of natural resources has become commonplace in the world.

You can purchase this from Land of Decay here, but be warned, it isn't an easy listen.

Forums - Reviews and Articles - Number None - Strategies Against Agriculture