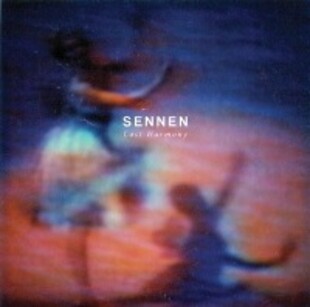 This is a curveball, a calm, country-tinged plodder recorded in London during the riots last year.

Sennen are originally from Norwich, but now reside in Nottingham and London, this album is just fantastic, full of different shades on the same template.

The vocals are delivered in a very breathy, restrained way, which suits the music perfectly, which is a cross between calm folk, the weirdness of Pavement and at times, has a motorik vibe, channeling Can and The Fall in subtle, watered-down ways, which can only be a good thing right?

It's airy, full of space and although the lyrics and tone are generally a bit mournful, there's that euphoric self-satisfaction thing going on as well, so it's quite uplifting. I can imagine live this hushes audiences into reveries and comes across very well.

It's an album for a lazy Sunday morning rather than a Friday night, it has all the calm cool of a jazz band playing quietly in the corner of a Nyorlins basement that's full of smoke, but also sounds incredibly of this country.

You'd be hard pushed to dislike anything on here, it's all delivered in such an unpretentious and likeable way. Songs like 'St Jude' and closer 'I Watched The End With You' have such a yearning, delicate sound and it rivals much of post rock for the euphoria and positivity it harbours.