Baht In My Veins 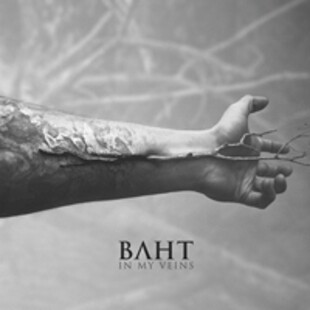 This is a Turkish take on progressive death metal, Baht, who have worked with metal production magician Dan Swano (Opeth and others) plough their way through 8 tracks on this, their debut album.

Following up EP and mini-album releases in 2008 and 2009, this is towering, titanic mid-paced death metal with some neat ideas. Sounding for all the world like a clipped-wing version of Hate Eternal, Baht have that same heads-down, one track ethic, which comes across here as a conveyer belt of riffs, each one curtailed with the requisite sweep of the fretboard. Their homeland's native music creeps in at times, the eastern scales taking hold at times, but it is somewhat held back by a vocalist who has one tone and one tone only. He insists on the cookie monster vocal technique throughout, only pausing momentarily to sing brief parts quietly when the cerebral assault is slowed. This gives each track a somewhat repetitive sound, you'd be hard-pushed to tell them apart given the choice.

The end of 'Orientation' has an amazing acoustic section which I think they could build upon, couple more of this contrast with the heavy, pummeling sound and the whole affair would appear less workmanlike.

Closer 'The Trauma' rages a bit faster too, bringing to mind the likes of speed freaks Krisiun, only to move back into the mid-paced sound once more, which has more in common with the rumblings of Immolation or similar death metal stars.

One to consider if you like your blasts steady and your vocals grumbly, but you may find it all sounds rather overfamiliar, and not in a good way.

Forums - Reviews and Articles - Baht - In My Veins