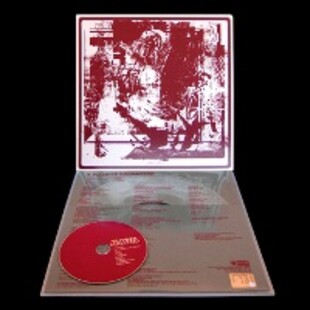 How's about some Italian screamo action? G'wan then.

aflowerkollapsed are a terrifying proposition, part late-90s screamo, part metalcore stops and starts, this is a dizzying 13-minute release to get through.

Packing in what must be a tentacled drummer playing hell-for-leather, enough notes per second to grate steel and some screaming that would leave anyone else hoarse, this lot are just incredible.

At times they sound like DEP, at others, Pg99 or one of the millions of late-90s screamo/emo bands who specialised in this brand of electrocution via sheer activity. The production lets the individual members shine, but when they are playing all together, it's like a spiky, untamable blur of sound.

Even when they take a breather, they still sound like Breather Resist gone to the gym, the guitars creating a total wall of sound that is further compounded by that incredible drummer. Apparently their live shows are suitably frenetic and flailing, I can well imagine you'd be advised to stand well back, great stuff.

You can listen here, or make the effort and buy this 10" release, which is out now.