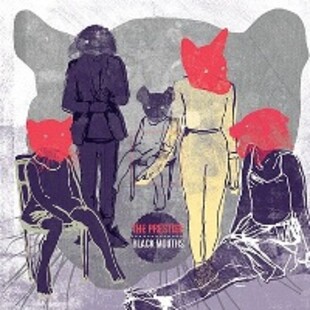 This is a Parisian screamo/metalcore amalgamation that is highly charged, but manages to step off the gas now and again.

There's elements of math-like grind in there too, the band are a tight unit, but they also mix it up in such a way that they show true emotion. Acapella vocals give way to machine-gun like rattles of percussion and impassioned screaming one moment and mid-paced sung sections the next.

It's heavy and intense, but has enough ideas present to make it a more interesting listen than that would suggest. If you imagine the inventiveness and peerless attack of Botch and Norma Jean, but with the catchiness of bands like Coalesce or even the more accessible likes of Every Time I Die, you are getting close.

There's an energy to their delivery which suggests they may well explode on stages, and for a debut, this is incredible stuff. There's even sections that recall the more subtle and relaxed parts of the post-metal crowd, Cult of Luna and even stuff like Shora can be recalled here if you shut your eyes tight enough. Soft, strummed guitar parts contrast perfectly with the more jittery, espresso-infused metalcore and pinpoint precision on display elsewhere.

Look out for these guys, they probably won't stay unknown for long with an initial release as good as this.