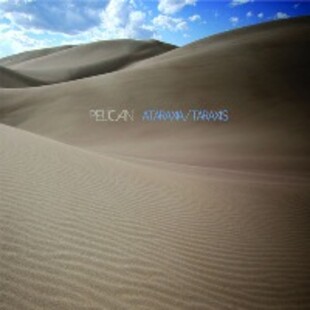 Finally, a follow up to 'What We All Come To Need', it's only been two years!?

So Pelican are back and I'm thankful they are, apparently they live in seperate cities now so this was a coming-together in the studio and shows a more focused and creative side.

Pelican have always suprised, if not bowled over on every release, some never got over the shifts between releases, the gargantuan sound of the debut and 'Australasia' giving way to the more introspective 'The Fire In Our Throats...' and the often-underated 'City of Echoes'.

Well, they are here to astonish again, opening track, the first of four contained here, 'Atraxia' has some delicate picked notes and some swaying static, all very nice and measured, but it's not until they burst into 'Lathe Biosas' that they are back to business proper. There's the stunning open chords as usual, but there's also the delightful chug that first grabbed people's attention back in the day. No longer happy to plough through the same riff over and over, they develop as it suits them throughout the track, soaring and majestic as only this four-piece can be.

Larry's drumming is still simplistic, but I've always thought this was part of the band's charm. With no crackling fills or gaudy showmanship, his workhorse-like approach to the skins allows the music space to flow and it continues almost on a seamless mission into third piece 'Parasite Colony' which has a darker edge and layering which brings to mind the first, gloriously heavy, self-titled EP. It plods like some magnificent beast and reaffirms Pelican's position as one of the best instrumental bands in existence. It bodes well that an instrumental band can tell stories through their music, not simply drag their collective noodling to a foregone conclusion of a crescendo.

Closing all too soon with the acoustically-led 'Taraxis' which bursts into life after a brief segue into sleighbells and maracas, and once it does, it's pure Pelican wig-out time, just great.

When's the next album though?