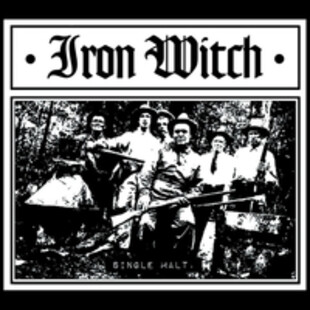 Again, Witch Hunter have given them the chance to air their dirty laundry via southern sludge paroxysms and it sounds satisfyingly disgusting.

Not your average pub sludge, they sound like they really mean their brand of downtuned, grit-specked riffage. The singer seems to be further channelling the great Mike Williams of Eyehategod on this release, which is no bad thing, not enough people sound like they are crying and shouting at the same time for my liking.

The amount of shifts in tone per song is impressive, we've been to breakneck speeds, back to slowed-down feedback dirges by the end of the first track 'A 45 To Pay The Rent' which is a typical sludge song title but one that simply works, good job.

Title track 'Single Malt' whistles with well, whistly feedback for a bit and then crashes into a drag across glass shards and unkempt hair. I can almost envisage the smelly denim and acrid smoke that appears from the band's tourvan, listening to this I imagine they live the stoner/sludge lifestyle, standing with arms crossed or holding big bottles of JD at their local spit n' sawdust on the regular.

I imagine playing this stuff is loads of fun, just forget about everything else and just plugging in, cracking stuff.

'Booze Blues' is what happens when it all goes wrong I presume, slow and laboured and heavy on the previously-mentioned 'whistleback' it is certainly a tortured slab of wrong, but the kind of wrong that sounds right, like 'Death By Chocolate' as a dessert option.

Closing with perhaps the most intense track on offer here, 'The Cruelty of Mankind' (not the wrestler?) Iron Witch sound as heavy as their moniker suggests. The vocalist is now all cried out and resorts to tearing his own hair out I presume, he certainly sounds like he is in a lot of pain.

Buy this if you need the soundtrack to a ruined bank holiday, it will make things seem rosy by comparison.