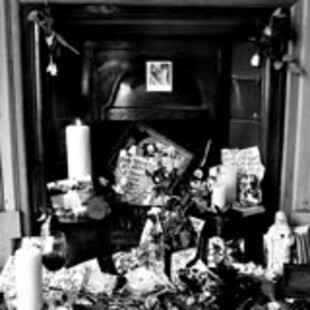 I presume this album is self-titled, it doesn't matter, what is squeezed onto here needs no name, so many ideas crammed into a schizophrenic mess. Both sounding technically accomplished and horrendous at the same time is a mean feat.

For the uninitiated, Diet Pills are from Leicester, although their 'sticksman' as he likes to be called, is from Coventry and cuts down trees for a living, cool. Their sound is heavily blown from the glass first crafted by Amphetamine Reptile Records back in the late 80s and early 90s, a combination of pounding brutality one moment and unusual flourishes the next, making them one of the most interesting listens out there.

Vocalist Gary it has been said all over is a skinny, white, Eugene Robinson of Oxbow, but I'd argue he has a style all of his own, camp and effeminate one moment, growling like a cornered animal the next. I'm willing to bet he started off not sounding like this, then realised he had the space to experiment and as a result, it sounds like some wild witches brew via his vocal chords.

The production is amazing, cutting through what live can be a goop of bass and feedback (nothing wrong with that either), this stands heads and shoulders above anything similar that has come out in recent years. Some of it reminds me of brief Relapse Records stars Halo, who for a while, were considered to be the only band doing slowed-down grind in the world, this is the same idea, tackling the elements that make your jaw drop in those brief 30-second songs and stretching it like an unpleasant sock over around ten minutes.

Do I need to tell you to go and see them? Should be obvious.