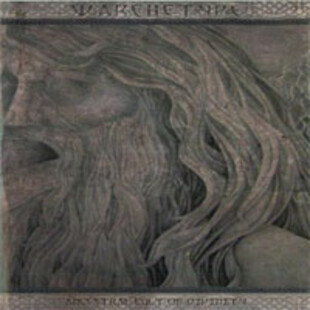 This is tr00 d00m. This is, in fact, so d00m that zeroes need to be used to underline just how d00m Warchetype’s latest metallic opus truly is. Yes, yes, yes, the band do virtually nothing that you haven’t heard before, but these Barcelona-based riff-worshipers do it with such care, precision and ball-crunching heaviness that it’s impossible not to raise a pint of San Miguel in triumph!

The thing that’s nice here is that the influences aren’t so much worn on Warchetype’s sleeves as they openly flaunt them for all to see. There’s bits of all the greats here: Sabbath, Candlemass, Trouble, St. Vitus, The Obsessed, Reverend Bizarre, Electric Wizard and even flourishes of the same modern touch that have elevated the likes of The Gates of Slumber to international recognition. It’s almost as if these gargoylian hymns are blasting out in the honour of traditional d00m’s very ethos, and by the sounds of Iban Vargas’ sublime vocal mix, the Spaniards are clearly loving every second of it!

Kicking off with the near 12-minute pounding of ‘Amon Wolf’, the stall is firmly set-out with tortoise-paced riffs and Vargas’ Eric Wagner-esque wail following the mountains and valleys of Andreu Cano’s devastating bass tones. After what seems like an eternity of d00m, the onslaught breaks and a medieval clip-clop of lutes and horseshoes provides a welcome cushion to the sofa of metallic muscle that has just been dropped on us. After this brief Don-Quixotian interlude, the meandering ‘Akerlarre’ is launched, with Vargas covering every vocal field from Candlemass’ Messiah Marcolin to Deicide’s Glenn Benton. Thundering up behind is the titanic ‘Bastards’. Again this is deep ‘Vitus territory, but with an almost drone-like heaviness, whilst the bulldozer riffage builds and builds and builds until David Garcia and Jordi Grau can punish your ears no more. ‘Deal with the Devil’ is more upbeat and with a gorgeous amount of reverb to the string assault, but here the d00m is put to one side after a few minutes by an extended psychedelic passage of gentle cymbal taps and Vargas’ eerie throat. One point to note is just how low in the mix the drums are, and they’re almost an entire beat behind, leaving it as almost an after-thought to the apocalyptic rhythmic guitars. Closer ‘Doom Brotherhood’ reminds me most of The Obsessed, a mid-paced, mid-length stomp through wastelands of enchanting mega-heavy rock.

And so they came, they plagued, they pillaged and they conquered. If you’re looking for a band who combine all your favourite d00m nasties to blistering effect, look no further than Warchetype. ‘Ancestral Cult of Divinity’ is tr00ly floor-shaking.