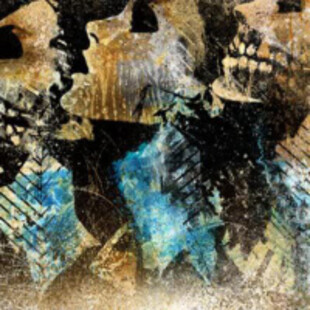 It's already had it's own thread on this forum but it was about time someone gave a full view on the new album from Converge.

It's a step up from their previous offering, 2006's 'No Heroes', which I failed to warm to. 'Axe to Fall' displays more of a thrash influence, shot through with the band's usual brand of technical hardcore. Twiddly guitars and even a few solos run through the album, bringing comparisons with Mastodon. While not completely unfair, this is a country mile more exciting than anything Mastodon have offered since 'Leviathan', perfectly evidenced by opening track 'Dark Horse'. Breakneck drums and bass opening in an unconventional time signature, the single note main riff giving way to a great chorus, which breaks for a single beat halfway through before resuming with the drums kicking into double time. The whole chorus takes less than 11 seconds but give the album it's first of many great moments, quickly followed by the mid-section breakdown, which is sure to inspire some terrifying pit moments when they break it out live.

One of the notable things on the album is the amount of guest musicians, about 16 by my counting. While some provide a noticeable level of input, (notably some great clean vocals on 'Wretched World' from Ghengis Tron's Mookie Singerman,) some are underused and would go pretty much unnoticed without a scan of the accompanying booklet. Were 3/4 of the original line-up of Cave In really needed on Effigy? It's a great breakneck song but it sounds exactly like Converge to me, although maybe that speaks more of Cave In's recent change in direction than anything else. That said, 'Cruel Bloom' moves with an almost Tom Waits-ish swagger for 3 minutes before dropping the heavy, the overall effect handled by vocals by Steve Von Till and some uncharacteristic piano. Very un-Converge, but still brilliant.

Finished off by the aforementioned 'Wretched World', a slow, crawling number with some off-key harmonics running through most of its duration, an actually melodic chords structure backed up with bubbling keyboard textures and vocals, it's a great album closer. I've really just hand picked a few of the albums best moments, but be assured anything not covered is pure, revitalised Converge plus.

Despite the occasional less than inspiring moment, 'Axe to Fall' is more than a great return to form and 43 minutes of awesome. 'Jane Doe' was their first album I ever got and predictably loved, but going back, it seems like a step backwards after 'You Fail Me' and even more so after this. For a band in danger of attracting accusations of laziness following 'No Heroes,' this is a great evolution for Converge and, for me, will take some topping as album of the year.