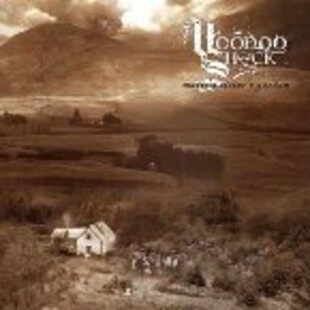 When this album turned up I was pretty excited. Firstly, I love my doom with a passion and with a rhythm section comprised of Claus-Peter Hamisch and Ingmar Petersen from Beehoover my expectations were running very high indeed. In truth, this album does stand on the threshold of being great, but has one glaring fundamental flaw that brings the whole thing crashing down.

Musicially this treads on the heels of bands such as The Obsessed, Spirit Caravan, The Hidden Hand and Place of Skulls…basically most of the stuff that Wino has had a hand in!!! In places it does border on plagiarism, but when the music is executed with such obvious skill and passion it’s hard to knock it, especially when it is packed from start to finish with catchy yet twisted riffs and polished with a huge production. Here is the catch, however, such music should be backed up with a voice to match and the vocals here frankly suck big time. I hate to be so blunt but there really is no point skirting round the issue. Granted, someone like Ozzy may not have been the most technically gifted vocalist in the world but his delivery of a song was full of personality. Similarly Lee Dorian may sometimes struggle to carry a tune in a bucket, but no-one can accuse him of not having a unique and impassioned delivery that suits Cathedral to a tee. On the other side of the coin, doom is blessed with awesome vocalists such as Wino, Messiah Marcolin (love him or hate him) and John Perez. In the case of Uwe Groebel, Voodooshock clearly have a man bursting with ideas but totally out of his depth in terms of delivery. There’s nothing wrong with the melodies but Groebel’s flaccid thin voice strips them of any effect they may have. There is an Ozzy like quality to the vocals here but frequently strained and often flat…I know the same accusation can sometimes be levelled at Ozzy himself but this guy makes him sound like Pavarotti!!! Is this a case of a band struggling to find the right vocalist and making do with what they have or a guy clearly with ideas above his station? Interestingly, things do improve slightly on 'Custom Made But Sacrificed' where reason prevails and Ingmar Petersen wrestles the mic from Groebel to deliver his trademark robotic croon.

So there you have it, an album snatched from the clutches of greatness by a glaring weak link. The overall effect is like dipping your balls in a glass of Bollinger!!! Come back when you have a new singer guys.