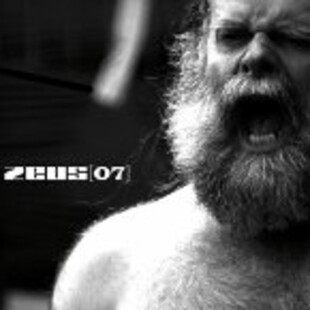 If I could just indulge my Jeremy Clarkson side for a moment and describe this album thus; if this album were a car it would be one of the modern production Skodas. In itself it isn’t bad and the components are fine, but by and large it’s unremarkable and would dearly love to be something else.

Formed in 2003 this Dutch band claim to be influenced by everything from stoner to doom to 90s grunge and therein lies the problem with this release. It suffers from a serious struggle with its own identity. If we break it down, the riffs are certainly good and chunky, the production is pretty impressive…nice and clear with plenty of punch and it has to be said that vocalist Jeroen Van Koningsbrugge has an impressive set of pipes that rasp with a distinct Vedderesque quality. However, there’s nothing here that hasn’t been done before, far better and with far more character than a multitude of other bands. “Ain’t She Lovely” does a fine job of aping Goatsnake’s beefed up doom almost verbatim…so why not just go and listen to Goatsnake? “Breeder” is the kind of earnest loud/quiet kind of grunge that was thrown up by a million bands in the wake of the Soundgarden/Alice In Chains/Nirvana/Pearl jam explosion nearly 20 years ago…so why not go and listen to those bands? When the band decide to do stoner it has a distinct Unida/Hermano/QOTSA/Kyuss kind of groove, no bad thing in itself necessarily but why not go and listen to those bands? In trying to be all things to all men Zeus have merely succeeded in being a fairly pale shadow of much that has gone before, albeit without the passion and grit that made the originals stand out in the first place. In a way, listening to this album is almost like listening to a decent covers band in a parallel universe.

I don’t like to be critical of a band, especially one that is obviously nurturing some serious musical talent in its ranks but in this day and age and album needs to be a little bit more than just ok to pass muster. This is definitely worth a quick listen on Myspace if generic rock is your thing otherwise seek out the originals.