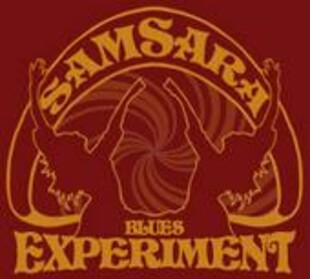 Hand written on the notes that came with this cd is a note that reads 'This is a demo, recorded quick, simple, rough, but can you dig the potential?'

The answer to that is a resounding yes! Samasara Blues Experiment is made up of three German musicians Christian Peters on vocals, guitars, sitar, organ and synthesizer, Richard Behrans on bass and Thomas Vedder on drums who kick out a lovely warm sounding couple of tracks on this demo cd. The influences are quick to pick up on first listen, there's a definite Colour Haze feel going on especially with the vocals but SBE also venture into the territories of bands such as Earthless and Tia Carrera with the use of extended wah drenched guitar solos and delay pedal action. The recording quality on the two tracks is very clear for a demo and really does the band justice allowing the warm organic sounds to shine through and the sitar is a nice touch as it sits well with the bands music but doesn't become to overpowering.

I've spun this disk several times now and it grows on me every time, it would be great to hear a full length recording where the band could expand the sound some more. So yes Samsara Blues Experiment I can definitely dig the potential