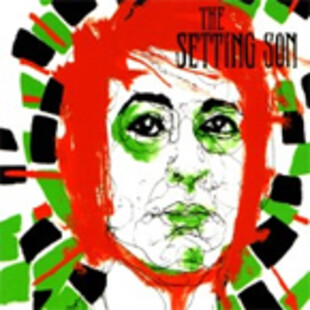 Unfamiliar to my ears until now, this Danish act is in fact a one man band spearheaded by Sebastian TW Kristiansen. This catchy album is full of psych pop nuggets reminiscent of (a more restrained) 13th Floor Elevators, The Golden Dawn (who themselves sounded like a more restrained version of The 13th Floor Elevators), early Moving Sidewalks or even The Brian Jonestown Massacre’s less pedestrian efforts. In fact, all 14 songs have an affectionate nod towards 60s Texan punk, particularly ‘Running Demons’ or ‘I’m Down’.

However, as previously pointed out, this is in essence a solo effort, and perhaps as a result the band does not lock in & flow as much as their influences might have done (there are no Roky Erikson/Billy Gibson six string freakouts here). Compared to contemporary psych outfits like Six Organs Of Admittance or Ghost, this seems somewhat twee. This is not necessarily a bad thing – uncomplicated three minute songs are eternally welcome – but combined with slightly bland vocals, this does sometimes sound like an over-long demo, albeit an enjoyable one.