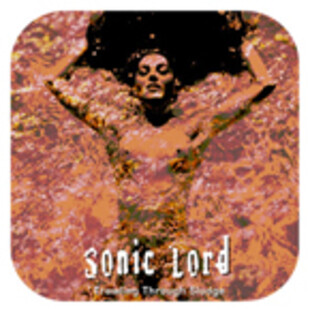 Fuck me, these guys mean business!!! This has balls made of iron and coated with lead!!!

A two song 7" from this Midlands bunch is really just a tease, it's nowhere near enough... I want a fucking album... I don't want this to stop. In fact at the end of the second song I just want to turn it over and start all over again!!!

I was already suitably impressed by the track 'Come Back Down Again' from the Catacomb Records 'Sound of the Catacombs' compilation. That was one of the undisputed highlights of that album, so when this little beauty landed on my doormat I couldn't get the package open quick enough... damn cellotape and damn Catacomb Records for their efficient packing!!!

Both tracks here, 'The Fallen' and 'The Prophecy' plough a similar furrow... but what a fucking furrow. Huge Sabbath style riffs grind along with a maniac leer. This isn't the Sabbath of the mid 70s... cocaine, limos, groupies... this is a Sabbath with a blade in its pocket standing in wait in a dimly lit alleyway. This is nasty shit.

The music is one thing here but it's the vocals that tip this black hearted baby over the edge. I'm not usually a big fan of the shouty style of vocals but here they're executed with such passion, clarity and intent that they cannot be ignored. They grab you by the hair, drag you screaming and with a size 12 boot grind your face into the pavement.

If the songs, riffs and performances weren't one thing, the production hammers nails into your forehead... who said CDs were better than vinyl???

This appears to be a limited run of 250 copies on coloured vinyl...mine's a fetching shade of orange (the same as my 7" copy of 'Motorhead' by Motorhead from 1977...that's vintage for ya!!!). Not only that but it comes with a heavy duty Sonic Lord plectrum... that could come in handy at some point. Be one of the select few and get this... now!!!