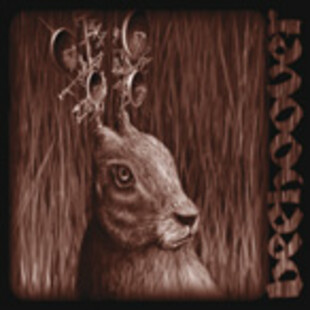 Baffling, bemusing and bewildering, Beehoover's 'The Sun Behind the Dustbin' took an age to review as I struggled until it's genius eventually clicked. A year later and 'Heavy Zooo' has arrived and I'm delayed again. Not this time on a magical mystery tour of discovery, but in sheer awe and reviewing self-restraint - is this truly as magnificent as it first appears?

Beehoover, you see, have taken all the endearing elements from before - the madcap lyrics, eclectic bass effects and indie awkwardness - and gone direct for your metallic soul with a beefed up sound. This places the Germans in the highest echelons of two piece rock and metal bands - as 'Pain Power' or 'Spirit and Crown' reach their peaks the verve and vibrancy forthcoming showcase a band that mean (Big) business.

With poetic lyrics stretching artistic license ("I am a nine-headed sword swallowing dragon so you will need ten swords to kill me" from the title track being a perfect example), they even put most British and American lyricists to shame. There just isn't a weak link in 'Heavy Zooo''s majesty.

The delay in reviewing this has only served to heighten my love for this album. Bold, beautiful and bewitching, all behold the brilliance of Beehoover.