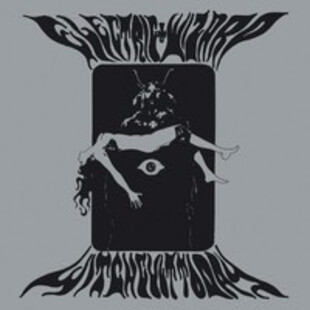 Over their 14-year existence, Electric Wizard have established themselves beyond question as the UK's premier doom metal outfit, perfecting a brand of mean and misanthropic hallucinatory riffing that fits the description better than most. No good-time grooves here, just head-down black bad-trips, but with the saving grace of an anaesthetising cushion of bottom end to make it all more bearable.

However on this latest and perhaps greatest EW offering, they combine the epic bleakness of old and with some of the rockier lightness they offered on recent albums to magnificent effect. It's not doom-laden, more 'gloomy', in short it's a bit more - whisper it - fun.

Recorded at the analogue haven made famous by the White Stripes et al, Toerag in London, this record just hums with authentic valvyness, and the overall sound, while not the loudest, is just lovely and sludgy.

The opening title-track is typical Wizard, a slow, loping riff turns up then everyone else staggers in, yet actually the band sounds really together and confident, while still loose. And Jus' vocals are soaring on this album, eg on track two, the positively perky 'Dunwich', he pulls off quite a melodic high-pitched chorus without losing any of the intensity. Compared to the eventually grating distorted vocals on 'Dopethrone' (many people's favourite EW album), the vocals here are nothing short of rock perfection, enhanced with a bit of old-school echo.

While third track 'Satanic Rites of Drugula' is a fun title, this stock riffer is perhaps the only slight let-down on the album. However this is only because it is simply good, whereas the rest is great.

One of the highlights is 'The Chosen Few' - oddly similarly titled to the first tune off the album Let Us Prey, the 'The' replacing an 'A', perhaps in a reference to how 'definitive' this album sounds. The protest lyrics (sample: "Legalise drugs and murder") ride over some perfecto treacly riffing, making it as close to a single-sounding tune as these guys will ever get. At 8 minutes it's practically a sell-out. Then the band really ups the ante and takes everything down a notch into the primordial slime, with 'Torquemada 71', a fabulous variation on the EW theme. There's actually real subtlety in the guitars here, just after the great descending riff of the verse, just listen to the little bend they do. It's all in the details. And you can hear them on this album, because it takes its time.

Then comes the massively self-indulgent and some might say cliched, but still highly enjoyable 11 minute sound-collage 'Black Magic Rituals & Perversions'. It's slightly Celtic Frost at the start, then descends into a backwards-spoken word evil denoument that's suitably eerie. The similarly lengthy but riffy closer 'Saturnine' takes things out in relentlessly hypno-sludge style.

While the band arguably lost their way a bit with the overly-in your face sound of the last two outings 'Let Us Prey' and 'We Live', the Dorset doom-mongers are back on splendid, filthy form. Rocking out simply and beautifully, sometimes less is indeed more.

It's interesting, that an album as muddy and old-fashioned sounding as Witchcult is so much more successful than one that tried too hard. Whatever the paradox, this new album has soul, even if that soul is the blackened, Satanic, obsessed with bad Hammer horror variety. It just proves the old adage, if it aint broke don't fix it.

The question is, does this album match up to the dizzy heights of 1997's unbelievable mind-ravager 'Come My Fanatics', but then again it's 10 years ago, why compare? I suppose because this band is special, a national institution, so we are bound to be more critical of everything they do because they set the bar pretty high. The band's great, the sound's great, the packaging's great - roll up, Witchcult is alive.