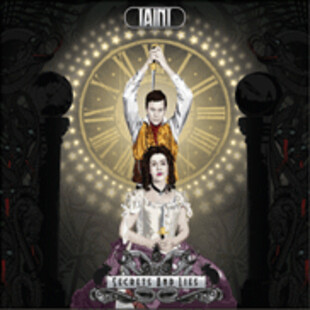 Taint, of South Wales, have been around years, and after taking a decade, via a few demos and EPs, to unleash their first album 'The Ruin Of Nova Roma' in 2005, it's been a mere two years for their second long-player to surface. I've always found they are one of those bands who are very difficult to pigeonhole, as though the influences may be obvious, they cannot be tied down to any one obvious genre. But, this is the sound of a band finally finding their feet during a long journey, and being comfortable with their sound. 'Secrets And Lies' takes all the ingredients that have made Taint who they are, but have been explored further, but without any loss of identity.

Huge riffs are on display in every song, the kind of riffs that are the holy grail of guitaring, simple, but full of hooks that stick in the brain. These are pushed and pulled by dynamics and time signatures that border on prog, without disappearing up their own arse, as half the time you don't even notice they've wandered off the well-trodden path of 4:4, because it just sounds right. All of this is wrapped up with a raw punk edge, and an aggressive vocal approach.

Usually when I review an album, I'll pick it apart, song-by-song, but in this case everything on offer is top-notch and I don't feel the need to gush about this good riff and that good drum fill, as you get them in every song, and more than once on most occasions. In fact, the only song that really stands out from the crowd is the track 'What The Crow Saw' with its Celtic feel aided by a flute, it sounds like Led Zeppelin on steroids.

If there is any justice in a music world full of fashioned-obsessed, vacuous clones, this is the album to push Taint on further, as they deserve to be heard, and seen, by rock fans the world over, and I fully expect to see this album sitting near the top of many 2007 best-of polls.