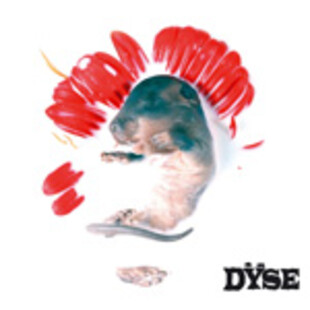 Exile on Mainstream have developed a rather good knack of finding and putting out obscure, yet hugely enthralling arty alt rock albums, that rather surprisingly more than manage to hold their own on their roster alongside doom heavyweights such as The Hidden Hand, Place of Skulls or End of Level Boss. Dÿse fit perfectly into this mould - their members already having form in this area featuring members of the highly rated Volt. Inevitably, fans of Volt should check Dÿse out immediately. At times it's hard to hear the reason why these songs were left from the Volt practice rooms and saved for the more intimate two-piece Dÿse sessions - although the more (unimaginative duo reference alert) Lightning Bolt moments do shed more light in this sense.

'Dÿse' is an album with enough quirks and head nodding riffs to gain similar acclaim. The fantastic 'Underlaydisk' opens the album, with its slow build up - big riff combo instantly getting you moving and getting you in the mood. 'Rytmus'' whisper-then-screech vocal stylings and creeping guitar lines display the diversity vitally needed for two piece projects. Unfortunately the album doesn't come through this unscathed - 'Zwartepieten' and 'Doccode' succumbing to the common pitfalls of too much and too little going on respectively to appeal.

On an album that is only eight songs long these faults do stand out, and stop this from being a great release. It doesn't let you dwell on the mistakes for too long though, and with the album finishing with the entrancing 'Wolke' - a drawn out repetition reminiscent of the drugged QOTSA classic 'Spiders and Vinegaroons' (without ever going as deep into the trip) - the general feeling is of satisfaction. 'Dÿse' is an enjoyable album worthy of investigation, in keeping with their labels recent release history.