Dexter Jones' Circus Orchestra Side By Side 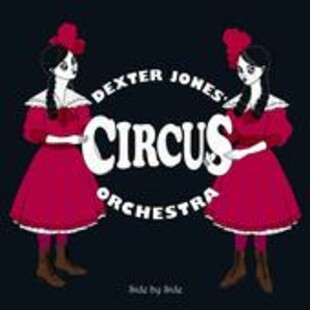 For a variety of rubbish reasons, this review has been too long in the writing, so first of all apologies for that. In the mean time, I have had the pleasure of listening to 'Side By Side', an album which arrived with great expectations after the delight of their last release - the 'Morbyn Outtakes' EP. The result is a sumptuous piece of work that stands proudly above that of its peers.

Dexter Jones' Circus Orchestra craft beautiful rock songs through the skill of their three guitarists - often seemingly playing their own interpretations of the song that when placed together provide real depth. The lyrics may at times be sombre ("I left my future behind, it's time to drink and fool around" from 'Expectations'), but the music generates warmth and joy. Despite the intricacy of the guitars, the simplicity of the music is at times 'Side By Side's greatest asset. DJCO may well operate within the confines of the 'stoner rock' genre throughout their existence but there is no standard application of 'fuzz' here and although undoubtedly 'retro' in their outlook and influence, this deserves to be heard by a much wider audience.

There isn't a weak song, and the highlights of 'We Don't Care', 'Conceptual Ways', and 'Expectations' are true pleasures. When they played in my home town of Sheffield a few months back, despite playing to a crowd you could count on your fingers and toes, they were as good if not better live, and nice people to boot. Definitely recommended, give them a try and see if you don't fall for Dexter like a schoolgirl with a crush.

Forums - - Dexter Jones' Circus Orchestra - Side By Side