The Hidden Hand The Resurrection Of Whiskey Foote 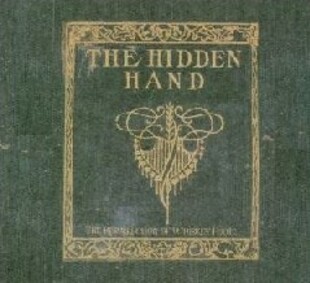 For anyone who's been living under a rock, here's the background - Scott 'Wino' Weinrich cut his teeth in straight up US doom merchants The Obsessed in the 1980s, before expanding the genre with Saint Vitus and Spirit Caravan. The Hidden Hand is his latest and possibly greatest vehicle for beautifully fuzzed up riffing and rhythms coupled with a righteously political lyrical underbelly.

This is their third album and it's an absolute monster. Ostensibly a bit of a concept album based around a fictional early American pioneer of mixed race (showing Wino's willingness to take on big themes like national identity), what immediately hits you is the craft that his three-piece employ in getting the message across. In fact you'd have to spend time with this album to work any 'story' out, but you'll want to after the very first listen.

After a sombre but affecting opener, 'Purple Neon Dream', with Wino's echoey vocals setting the tone of enigmatic epicness, comes a doom riffing masterclass in 'Someday Soon'. However this song feels a bit 'pat' and really just serves as another mood setter - no big showstoppers to get things off with a bang here. Upbeat classic riffing is not far away however, with 'Dark Horizons' - more the 'Falconstone' style Hidden Hand we all love. The guitar tone is amazing, punishing and yet smooth, all credit to the producer for capturing it so well.

Track four is simply stunning - starting a bit like 'South of Heaven' by Slayer of all things. 'Spiritually Bereft,' despite its slightly clumsy title, is my personal highlight. It unravels from a measured start into a mindbogglingly majestic solo, the band completely together as one. This is what the Hidden Hand are all about, unashamed epic, sincere, tight songwriting, taking what Sabbath did to a new level in terms of beauty and meaning as well as heaviness.

Loads of atmosphere throughout this album, fitting the 'concept' of early modern America. There's a feeling of wide plains, wind blowing through dusty porches, a romantic but melancholy view of a land full of promise but soon to be turned into something which you sense Wino isn't exactly happy with. The moaning at the end of 'Spiritually Bereft' really sums this feeling up.

'The Lesson' is straight up riffing, almost Pearl Jam ish, a real barnstormer, let's hope they play this one live. 'Majestic Presence' (again a painfully prosaic title, but what the hell!) is no-frills rocking, good fun too! The title track is not all that innovative musically, but the Western-like lyrics jump out at you (which is unusual on this album) "Put the bullet back in the barrel, put the blood back in my hand" and "Time for resurrection, time for insurrection" particularly. I read this as anti-violence, and a bit of a call to arms at the same time paradoxically. Who knows?

'Lightning Hill' is an old fashioned, almost NWOBHM rocker, with awesome gruff vocals and blues harmonica, and things like 'sacrifice' and 'jail' featuring heavily. 'Broke Dog' starts with pummeling drums and bass, the 'live' production really kicking, almost sounding like Keelhaul with all the clever bits taken out. Which can be a good thing.

'Slow Rain' the closer is highlight number two, a lovely King Crimson ish riff in the middle heralding a mini drum solo. As Berlin once said, this album takes my breath away.

Forums - - The Hidden Hand - The Resurrection Of Whiskey Foote