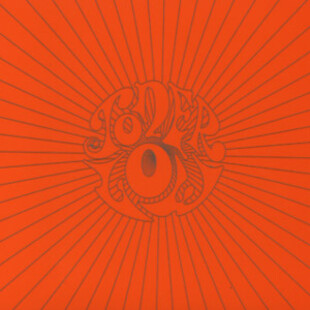 I've been struggling with this review for a while now. It's the start - I've aborted and deleted several beginnings that either sound shit, or more to the point, jump the gun of the whole central point I wish to make - that 'Toner Low' is an album everyone who would include the words 'stoner', 'doom', and 'sludge' in the list of types of music they enjoy should own.

At least the time stalling has given me the opportunity to really test out my initial enthusiasm. And, after a month's listening, my opinion has actually hardened rather than waned. 'Toner Low' is a stunning piece of work that (taking a leap of faith seeing as you reading ninehertz) I would strongly encourage you to invest in.

The album, by this previously unheard of Dutch lot, traverses the genres close to the heart of ninehertz - taking the best parts of heavy doom, mixing it with pure drone while maintaing a psychedelic soul throughout.

'Evil Machinery on the Rise' opens matters with a minute or two of factory machinery noise creating a false illusion of forthcoming industrial metal, only to lead into a monumental riff that gets louder and heavier until your head is blown back by its intesity. The riff is continued metronomically for over eight minutes - an experience not unlike hearing 'Sleep's Holy Mountain' for the first time (mixed with Hey Colossus' 'Red Giant', if you are lucky enough to have come across the Londoner's second album opening track).

From these depths, the album only manages to sink further. 'Devilbots Designed to Assimilate' (the album has that 'Demanufacture' robots-taking-over theme throughout) plays on a single chord for minutes without moving. Whispers come and go but the music remains sparse. When the riff emerges it is so lethargic, yet utterly compelling - this is doom and drone married in bliss.

A brief track of quiet guitar, gradually overtaken by static noise follows, giving respite while maintaining the album theme. This leads into yet another repetitive riff, again incredibly heavy, this time with vocals that are sung. These eventually dissolve into some film quote about the disastrous evolvement of robots, its menace only slightly dimmed by the narrator's decidedly non-scary Geordie accent.

Another track of noise and ambience follows - serving to seperate the monolithic main tracks perfectly. Sixth track 'We Will Conquer' closes proceedings, beginning gently with space rock effects and Brant Bjork-esque guitar. This leads into a glorious riff, the vocal-less track bringing to mind Karma to Burn when at their 'Almost Heathen' best.

So there you go, no real start written to the review, but I've managed to blag it. This is a great album, seriously. I cannot get enough of it and every time I listen to it I find I'm reassuring myself that it is actually as good as I believe. Imagine your favourite Electric Wizard and Sleep tracks lumped together with the best of the drone of Boris - that is the measure I would give this album. The best debut I've heard in a long long time.