Kylesa Time Will Fuse Its Worth 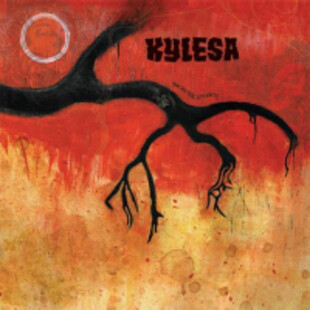 From the opening salvo of 'What Becomes An End' it is clear Kylesa have lost none of their fervour for the riff despite their recent endless year of success and touring.

Firebombs of vitriolic vocals from all three fronts as is their style, this time, the added bonus of dual drumming is something new to boost their reputation further. Something of a fashion at the moment, Kylesa use it to bolster their already ruthless sound to make it their own.

'Hollow Severer' rolls by with a more melodic chorus than usual, but with all the riffola and heaviness we know from previous outing 'To Walk A Middle Course'. It could be said that the production and overall steamrolling nature of this release has more in common with the self titled debut, but that can only be a good thing.

A more epic and meandering, almost reaching Isis/Neurosis levels of the grandiose comes in the shape of 'Between Silence and Sound' but retains the bludgeoning edge courtesy of the throat shredding vocals of Laura Pleasants, she is truly one scary lady.

All too soon it is over, closing drum tattoo (from both drummers at the same time) bring things to an awesome and breathtaking finish, truly a fantastic proposition from a currently unstoppable band.

Forums - - Kylesa - Time Will Fuse Its Worth