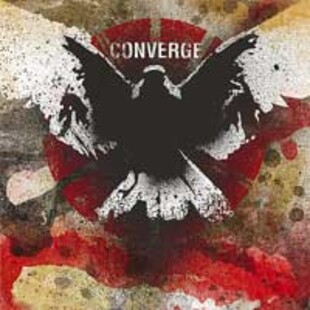 Every time Converge release a new full length I half expect them to mellow. After over a decade of consistently intense records, it wouldn't come as much of a surprise if they did something a little more restrained. So, now you're beginning to wonder. Have Converge turned in their most melodic, accessible record to date? Have they attempted a drastic stylistic about turn? Are they primed to take the mainstream metal scene by storm?

Not a fucking chance.

A mere two minutes into 'No Heroes' and you'll be wondering why you'd ever entertained such foolish notions. Before you've even had time to acknowledge what just passed you by, you'll be five songs into the album wondering what on Earth just hit you. All the opening tracks come in at barely two minutes long, administering short, focused bursts of hyperkinetic aggression.

Converge tear through complex syncopated arrangements with an all consuming sense of emotional abandon, never once pausing to reflect on the debris left in their wake. It's a constant onslaught of scattershot snare rolls, blast beats and high register screams. Kurt Ballou showcases some of the best riffs of his career, trading off complex runs with devastatingly effective breakdowns. All the while, Nate Newton anchors everything with dirty, stripped down flowing bass lines. The sheer visceral passion and honesty of the music is palpable, never quite rivalling the emotional fallout of 'Jane Doe', yet delivering more than enough in terms of venom to put most hardcore bands to shame.

When the band do take the tempo down a notch the results are stunning. 'Grim Heart/Black Rose' is a slow burning 10 minute epic that acts as a counterpoint to everything that precedes it. It put me in mind of Old Man Gloom, with more than a wink and a nod in the direction of Tool. It's all steadily building rhythms and lumbering riffs.

Bannon takes a backseat and lets Jonah Jenkins of Only Living Witness/Milligram fame handle the vocals. Jenkins puts in an impressive performance that compliments the song perfectly. His soaring vocals lend an epic, emotive quality to the track as well as some welcome vocal variation to the album as a whole. I've no doubt that many a Ninehertz reader may remember his similarly stellar performance on the opening track of 5ive's 'Telestic Disfracture' album. It just goes to show that Converge can be just as powerful a proposition when they reign in the aggression and slow things down.

There's not a weak track on this album and whilst it's true that 'No Heroes' doesn't add anything particularly new to Converge's repertoire, I'd be hard pressed to criticise the album on those grounds. If anything, 'No Heroes' represents an immensely convincing consolidation of the band's sound whilst still managing to move it forward. Never once do Converge sound like they're treading water or recycling old ideas. There's a mature, almost understated understanding of dynamics and melody evident throughout the album, one that comes only with years of musical experience. 'No Heroes' is the end result of a gradual musical evolution process, bringing together all the finest elements of Converge past, present and future.