Void Generator We Have Found The Space 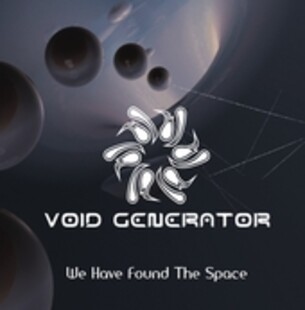 If Void Generator were a full on arty post-rock band then I suspect that their name might possess quasi-nihilist undertones and the suggestion that from 'nothing' all we can create is 'nothing' i.e: a void. But, Void Generator aren't a full on arty post-rock. More of a stonery post-rock band really. So, I expect the name was chosen because it sounds pretty cool and fits in with the overall spacey theme to their music.

The 10 tracks of 'We Have Found The Space' vary between the fairly straight forward stoner rock with solid and impressive riffing ('Water All Over', 'Black Rainbow') and the more progressive either acoustic or heavy post-rock influenced numbers ('Astral Manipulations', 'Stefano T. Must Die').

If every track on the album was like sixth track 'Sideral Connection' I think I would be absolutely raving about this album. It manages to successfully turn a grooving upbeat stoner number into a great psych jam reminiscient of The Kings of Frog Island's 'Psychomania'. But, alas all the tracks are not as well constructed and despite some memorable riffs and some impressive psychedelic jamming it is the unsuccessful blending of the faster, more rocking side of this album with the more progressive side that lets it down. The album as a whole doesn't quite work as you might like. Some of the faster moments seem out of place amongst the predominantly slower bulk of the album and on some occasions you're left wishing that they'd developed the riffs a bit longer rather than plodding into a speeded up stoner stomp.

Some of the most memorable moments like the Pelican-esqe riffage on third track 'Astral Manipulations' and the densely layered acoustic liltings of 'Pale Sun' and 'Millions Stars' are well worth repeated listens. But, while there is lots of promise and potential in simultaneously treading the stoner and post rock paths, Void Generator seem to be hobbling a little along both at times, unsure of their real direction.

Forums - - Void Generator - We Have Found The Space