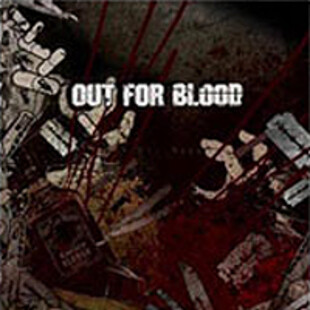 Sludge. Seriously now, amidst the current slew of ridiculously named sub-genres that music-journo's seem to be falling over themselves to patent every time a band tries something even remotely original, what the fuck IS 'Sludge' anyway...? And where do you draw the line between the different types of Sludge? what differentiates a band between being 'Sludge' and 'Sludgecore', for example?

Reason I'm wondering is that there have already been some rumblings on the ninehertz forums regarding whether this lot are being entirely fair when they refer to themselves as 'Sludge' and whether listing Iron Monkey on your MySpace Influences list actually makes you worthy of the title?

Anyway, this is a review, not a discursive essay so let's get back to the point.

I first found out about this lot about a year ago and remember being mightily impressed with them (certainly compared to a lot of the other diabolical tatt that was attempting to add me on MySpace at the time...) and they're one of the few bands that I've made a concerted effort to keep tabs on as a result and so happily coughed up my cash when they released this cd.

Yes and Yes, but unfortunately, only 'Kind of' at best on both counts.

Basically, I've been listening to this cd for over a week now and I've encountered exactly the same issue every time with it. Yes, it's fucking bastard heavy with appropriately fuzzed-out, distorted bottom-end sounding guitars and bass. Yes, the vocals are suitably brutal, throat ripping and misanthropic. Yes, the tempo skips from thrashy hardcore ala Among The Missing (hence the 'kind of' Sludge statement, as the majority of the fare on display here is of the up tempo 'Sludgecore' variety) down to turgid, dead slow near-doom akin to the rightfully all-hallowed Iron Monkey with dirty, 'orrible grooves aplenty.

So we're doing well here on (at least MY interpretation of) the 'Is It Sludge' Checklist. so far, so good you'd think, right...?

Yes, but here comes the 'kind of'. Generally, I've completely switched off by half way through the third or fourth song (case in point; I was just listening to the cd now and nearly fainted with surprise when it finished considering I honestly thought I was only about half way through!). Don't get me wrong, I'm enjoying it all the way through and it's all done very well but I can't deny that we're back to the Bossk argument again here: Is doing something very similar to what's gone before very well excusable, or should a band be trying for new grounds at all times at the risk of being rubbish?

In Bossk's case I have been arguing Yes, if only because they can keep my attention so any negatives are balanced by my overall enjoyment of the cd. Unfortunately I can't bring myself to do likewise with Out For Blood as whilst this is all of a very high standard, the album is woefully formulaic and (at least in certain regards) a real disappointment for me as I was expecting good things from these boys.

Parting thought: I've now moved over to listening to Gojira (bearing in mind I would normally rather rip my own cock off than listen to anything remotely Death Metal-ish) as I consider it to be a safer option than trying to listen to OFB again as I simply can't be arsed to be disappointed by them anymore.

And I so wanted to be able to rave about how great this was, too...