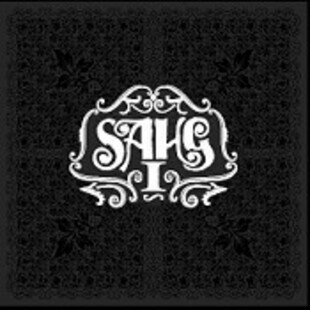 This is an impressive debut from Sahg. A band hailing from Norway and including amongst its ranks members of Manngard and Gorgoroth. This is not however, as one might be forgiven for assuming, black metal. Though the album does bear the obvious influence of it's bands associations, most notably in the occasionally "symphonic" sounding lead guitar work. Don't be put off by that idea though, as that's not all the guitars do. The tunes are mostly grounded by some hulking riffs and great atmospherics.

The album opens with a rather Egyptian tinged, slow building ambient piece that flows into the following song before any vocals come in at all. It's a strange way to open an album as its a good 7 minutes or so till any kind of riff comes in but, it works ok. Third track "The Executioner Undead" is the first real stomper. Powered by a nice galloping riff and seriously Ozzy-esqe vocals. Stand out tracks "Godless Faith" and "Soul Exile" manage to combine slow burning epic build ups with banging memorable choruses and some great guitar work. This is a very polished album overall. The production is very clean and dynamic. This is the kind of album that I always imagine the term "Doom Metal" to describe. The vocals are epic and clean, the drumming is precise and moderately complex, the lyrics are sufficiently religion focussed, depressive and angry in equal measures and most importantly there's some top notch riffery to be savoured. Well worth checking out.