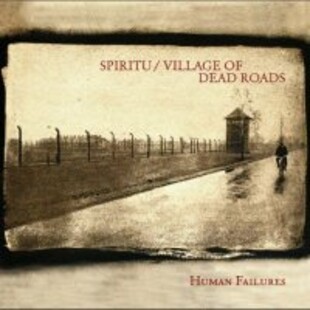 Two of the great joys of discovering stoner rock when I did were the output of two of the most significant labels at the time for the genre - Man's Ruin and Meteor City. The former released the biggest and best music of the sound, and coupled it with the artwork of label boss Frank Kozik, that has since been widely imitated and is now as much a stereotype of stoner rock as weed or flares. The latter, amongst many great releases, fused magnificent split albums that were often the best thing the bands involved ever put their name to - think of the Unida/Dozer release or the combination of Nebula and Lowrider.

Sadly, the new century has been unkind to these staples of stoner. Man's Ruin is now no more, a mythical label of yonder, now found only under extortionate prices on eBay. And, although Meteor City remained, no longer did their trademark split releases appear. Until now, that is. Thankfully, the head honchos at the U.S. label have resurrected the idea, brought back to life in the form of 'Human Failures', featuring the collective energies of Spiritu and Village of Dead Roads. Unlike before, there is no major league band name, despite the presence of Spiritu on the Monstergroove tour (alongside Spiritual Beggars, Clutch and Dozer) that steam-rollered Europe a few years back, but with so much of the focus in the early stages of both Unida and Nebula unfairly placed upon the CVs of their members, then this maybe a blessing in disguise.

Each band supplies four tracks for our benefit, with Spiritu opening affairs. Despite hailing from New Mexico, Spiritu bear more than a passing resemblance to the European - and in particular Scandinavian - stoner rock band fuzz archetype. They differ significantly through the vocals however - there's an 80's doom or metal feel to them that, slightly surprisingly for my personal music taste, fits the music comfortably. The whole feel of Spiritu is not totally shaped into a retro image by the vocals, unlike bands like Artimus Pyledriver, and they are much the better for it. The 'European sound' is evident from the off - excellent opener 'The Ten of Seven Bell' is all riff and fuzz, while their final track before handing over, 'Throwback', opens with a monumentally huge, fantastically stereotypical stoner rock riff that'll get your feet tapping or dancing guaranteed. There are doomier moments around also - particularly on 'Lattitude' which has a Spirit Caravan air to it, ensuring that Spiritu's half is a very enjoyable affair.

Village of Dead Roads were an unknown quantity before I received this CD, but I'll definitely be keeping my eye out for them in the future having had the pleasure of hearing the second half of 'Human Failures'. Thankfully, for the sake of the split, the styles of both bands are significantly different, as is noticeable immediately into 'Descendants of the Dendrites'. Theirs is a much more modern metallic sound - the riffs, while still heavy as anything, sounding cleaner, more clinical. There's definite nods towards the music of Isis or The Swans, but tempered with a clearer, more genuine song structure. There's a mixture of styles too - from simple guitar lines, to sludge like assaults to the drawn out atmospheric passages. The vocals switch cleverly too, meaning that just when you've got them figured, the whole mood changes - after the standard metal vocals of the opener, it's a surprise to find the following 'Skin Prison' actually sung. Despite never really hitting the heights attained on 'Descendants...', the Village of Dead Roads impress throughout, and offer a welcome divergence of styles in the Meteor City split history.

There's always a temptation to pit the respective halves of a split against one another and declare one to be better than the other, but (and I apologise in advance for the cheesiest line ever seen in a review) the only winner with 'Human Failures' is you, the listener.