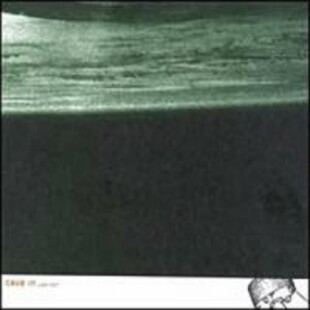 There comes an album in a select few bands life cycles that makes a whole new audience take notice because of the quality of the record as opposed to how many hit singles it produces. While 'Until Your Heart Stops,' is considered to be Cave In's best release to date, it's 'Jupiter' that I and most other music fans will remember them most fondly for. While the former record is an exercise in riffs that could blast holes in tanks and rough-as-a-badgers-arse vocals, it wasn't exactly easy going. Fingers were crossed for their next release, and then 'Creative Eclipses,' came out. Far more experimental than what came before it, the EP was released to puzzled looks on the faces of scary metal kids the world over, depsite containing 'Luminance,' which is to these ears, probably the best Cave In song ever, despite containing nothing resembling a riff until around the 2 minute 30 mark. Interviews surrounding 'Jupiter' came out labelling the band as prog, and metal-core looked to be in trouble.

Then 'Jupiter' came out, and the gods saw it, and they saw that it was good. Sadly, nowhere within walking distance stocked it, these being dark days for metal. Having almost lost hope, I was in Nottingham with my missus at the time when we went into Select a Disc, and lo and behold, a nice purple fold out digipack with a barely legible band name and album title on the front. (This is also the shop where I found the stupidly hard to find Afghan Whigs EP, 'Uptown Avondale.') It was, and still is a record like nothing that has come before or since. Guitars are regularly pitch-shifted to produce wailing dissonance, all over a tight-as-a-dolphins-blow-hole rhythm section, while falsetto vocals cover the album with random lyrics about space. It was a record to get obsessed about that long, halcyon summer. The fact it came out roughly the same time as 'Oceanic,' must have made for some happy Hydra Head devotees and heavy music fans generally.

Picking a stand out track is difficult, as there's so much to choose from, despite being a modest 8 tracks in length. For me, it's a tough call between 'Big Riff,' and 'Requiem.' The former contains, surprisingly, a big riff that's as simple as it is great, while the airy breaks emphasise the closeness of the rest of the track. 'Requiem,' on the other hand is a slow burner. It builds from a delicately picked intro and soft vocals, introducing the other instruments as it goes brilliantly. It also contains enough moments of genius in it's 9 odd minutes to make it a permanent fixture on any mini-disc compilation of mine since I bought the album. The only slightly duff moment is 'Brain Candle,' which seems a little lazy compared to the rest of the tracks on offer, and was unexplainably a live staple the 3 times I've seen them play, thought they redeemed thamselves by playing 'Juggernaught,' the last time.

Sadly, Cave In have lost the magic spark that made this record a classic. 'Antenna,' their most recent release is more poppy than anything they've done before, and while it contains some decent songs, it lacks something and can't carry itself for it's full running time. Only 'Seafrost,' comes close, and this is stretched out by a good 2-3 minutes. The band are still better than most of their peers, but for me, their golden age is sadly over. I'll still listen to them and see them live, but I'll always think back to the summer of 2002 whenever they break into that big riff.

(This was written before 'Perfect Pitch Black' was released.)