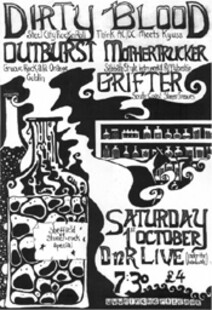 So here we are then. The first Sheffield gig to be solely promoted by ninehertz live - four bands chosen not for their location and 'pulling power' but for their musical pleasure alone, through their variant takes on stoner rock. Now, as a member of the ninehertz 'staff', this may not be the most unbiased review ever, but judging by the conversations afterwards with those who attended, these views were shared by ninehertz regulars and novices alike. 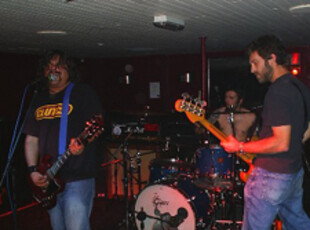 Having travelled nearly the length of the country to be here, I always felt Grifter weren't gonna disappoint. What I didn't expect was that they'd totally blow everyone away from first minute until last. With their Clutch-inspired, whiskey-soaked rock 'n' roll, Grifter laid waste to D'n'R Live, with one gorgeous track after another ensuring wide smiles and banging heads. Requests from guitarist/vocalist Ollie to shout (and then shout louder) and to put our hands in the air were enthusiastically met - it was refreshing to see fun participation between band and audience after a fair few gigs with cool-conscious crowds of late. An amazing set, and an amazing start to the night. 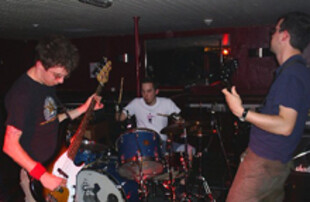 Mothertrucker offered an intriguing contrast, with their post-rock style song structuring and lack of vocals. The result was every bit as stunning. Allied to the tempo-building, almost atmospheric nature of the tracks come riff after huge riff, creating a glorious cacophony of Sabbath-esque heavy - occasionally from out of nowhere to take you by pleasant surprise. The set highlight for me comes in the form of their album opener 'Truckers of Steel' - a track of genius - but there's not a single weak moment, and their live performance progresses from and ultimately outshines their highly rated CD. 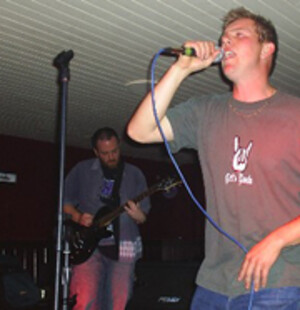 Half way in, and without the slightest hint of a drop in quality so far, Outburst take the stage and keep up the trend. Opening, as their '100 Tonnes of Stone' EP does, with the fast paced instrumental 'S-9000', Outburst hit a groove immediately and commendably never venture from it. Songs well known to me seem better than ever, and the general sound is incredible - very clear and very heavy. Vocalist Taylor impresses again - I've seen Outburst live before but still somehow expect those vocals I hear emanating from my stereo to come form some huge, bearded metaller. Another indicator of the vibe in the venue is evident when Outburst play not one, but two cover songs - the first, Fu Manchu's 'Eatin' Dust' is sung by nearly everyone in the room, while set closer, Cream's 'Sunshine of Your Love' gets the D'n'R Live practically dancing in merriment. 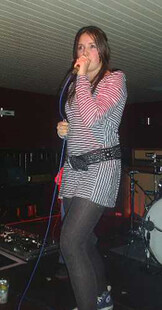 And so to the headliners. Hitting their home town stage to the strains of Foghat's 'Slowride', Dirtyblood radiate cool with a rock 'n' roll swagger. After seeing their first gig I mentioned in review that they were cohesive and without fright immediately, probably because Dirtyblood doesn't represent the first, or even the only current outfit for most of the band. Yet despite this, they've visibly improved - they're tighter, rawer, louder, faster, more confident, so the end result is a magnificent, thrilling display of rock music. Retro rock influences combine with more modern stoner rock stylings and are topped off with Danni's mesmerising vocals to create songs of passion and excellence that provide a warm glow in your stomach. The disappointment felt when it all ends can do nothing to wipe the wide smile from my face.

"It's been a long, long time since I've been to a gig and every band has blown me away like they did tonight!" That's probably the best quote, of many compliments heard after the gig, to sum up a memorable evening. With a great vibe that saw bands share equipment liberally, interact with one another and the crowd, singalong cover songs, all aided (naturally) by huge amounts of alcohol, it was marvellous entertainment. And best of all, we got to see four fucking fantastic sets by four brilliant bands, all in one evening.

Thanks to mamba for the photographs, Si Wright for the black and white flyer, and Grym for the green flyer on the Live reviews page.