Snowblood Being And Becoming... 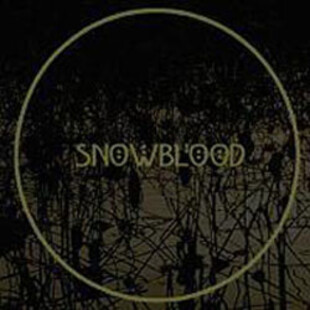 This is intense, not death metal intense, not a hot chilli intense, not the kind of intensity that comes from the pain caused by a fist to the stomach either. Nope, this is defiantly the menacing and brooding intensity harboured by people with stories to tell (who can't tell them) or the feeling you get when you walk into a bar you know you probably shouldn't be in. Its just a little uncomfortable, and at the same, very vulnerable and desperate.

This second full length release from Snowblood, a follow on from their initial album 'The Human Tragedy' shows a band that have obviously grown out of their quiet/loud sludge blueprints and have explored other musical boundaries, opener 'Disappearance' comes in with the sound of rain lashing down and an almost acoustic sounding riff, very post rock sounding and full of quiet frustration and despair. The stark and frankly fantastic artwork reflects this as well, while singer Luke croons "Washing out/Falling away" in his noticeable Scottish accent in a way that only he can, with real feeling.

Second track and somewhat epic 'Aubade' comes in with a lush bass sound and Luke reeling off a hate filled diatribe via spoken word, lyrics as poignant as they are seething - "Suffering at dusk, the leisure time of a wage slave husk". This seeps over you before an intense sludge-esque wave of screamed lyrics and bass-heavy chuggery are inflicted upon you, losing no intensity Luke screams "Darkness is just the absence of light!" over and over, multi-layering his voice and being backed by the distorted guitar of Tobin, the dying refrain of "Embrace the light!" hangs in the air long after the dizzying riffs fall away before Snowblood revisit the intro once more to deliver the spoken words, ending in a chilling whisper.

"Out of Harm's Way" begins with some subtle string work (that's right, classical instruments on an underground release) while Luke delivers lines like "There's no grace in these heirlooms/Just exhaustion like water" in such a mournful manner you can't help but be moved, the build of soaring vocals over Isis-like passages of loveliness sweep in and out of the discourse until the guitars get gradually more fearsome and it breaks into what can only be described as a cathartic release of energy and euphoria, with an almost stoner-like break, a completely unexpected curveball that sets the song apart from any other on the album.

Next on the album comes 'Call Off The Search' which starts with an understated bass riff and some whispered atmospherics before a thunderous riff comes in and "Call off the search" is bellowed like a warning, the song continues with a rolling Neurosis-like heaviness that is so ferocious and oppressive you can imagine the desperation from the lyrics alone, lines like "The search goes on/Into the shadows/there is no guide/only the dark" really seem to hit home.

The frankly scary and unique 'The Year Of The Bastard' comes across like a horrible grind and sludge hybrid, the vocals are death metal in tone and its all over before you can comprehend what has happened.

Following on from the slap in the face that was '...Bastard' comes the chilled and beautiful 'Young', over twelve minutes of delicate singing and an almost post-rock feel until it breaks into Mono/Mogwai/Pelican territory, vast and undeniably forward thinking, every instrument comes through in the gorgeous mix, the variation between all out rock and subtle building of riffs shows how long Snowblood really took writing this album.

'Black Stars over Glasgow' is a gargantuan beast of a song, starting off with industrial droning and a spoken sample talking before restrained guitar work from Tobin starts the journey from tangible tension-filled passages like "Ghosts stalk these streets of our past" to outright catharsis of resigned acceptance in lines like "It's not worth waiting" (screamed by drummer Ewan).

Its very difficult to sum this album up, so many different styles and genres are visited and borrowed from without being settled on, but with such style and grace that it belies me even trying to explain it all. All I can say is Snowblood have set a benchmark in how to write a sprawling and intense epic, this isn't simply a collection of songs, but a thought-out and carefully constructed piece of art (without sounding too pretentious or gushing).

Album closer 'Appearance' (following on from earlier) instills a sense of hope that is somehow lacking in the preceding songs, the acknowledgment that things aren't all rosy with the world, but a slim chance of good in the albums closing line "But its not over..." shows that it doesn't all have to be depressing.

Lets hope it isn't over with guitarist Tobin's upcoming trip away for a while, as Snowblood have written an absolutely stunning piece of work here that deserves to be built on in the future. Breathtaking.

Forums - - Snowblood - Being And Becoming...