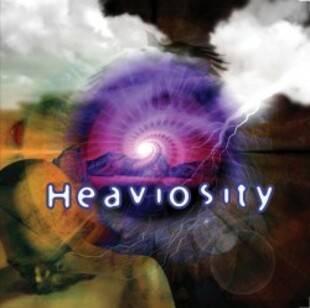 The good people of Gallipoli have set out to create something very special indeed here - a behemoth of a compilation, bringing together some special music from either side of the Atlantic by unsigned bands. The result, the 'Heaviosity' album that currently plays on heavy rotation on my stereo, is proof that they have more than succeeded.

As everyone knows, the track order on compilations is always crucial. Therefore it's something of a surprise to find a ten-minute track, from Polish/Hungarian/English band Obiat opening things up. With things like this I always find that no matter the band that are on, there's an impatient urge to press on with the tracks - an eagerness to find out what's next - on the first few listens at least. But then this before-the-fact speculation becomes insubstantial when you put the disk in - because, basically, 'Stare the Distance', the track in question, is phenomenally good. Huge riffs and ghostly vocals create an immediate vibe, and the psychedelic middle section fits perfectly before the stomping riff returns towards the end. Drift maintain the quality levels with their Thulsa Doom like rock, before two huge tracks from bands from the south of England ensure an amazing opening to the compilation is achieved. The first, from Iron Hearse, combines an almost classic metal sound with Orange Goblin-esque rough rock 'n' roll, while Sada plough a similar beered-up groove with the fantastic 'On' - all fast guitar and gruff vocals. So far, so fucking good...

And then finally, a duff track. Or so it appears. Two minutes into Core of the Earth's 'Ripshine' and I'm feeling completely under whelmed by the pointlessly slow, minimal doom that has just passed - the album has hit its inevitable first low point. And then, from out of nowhere, they snap out of it, crank it up and launch into an amazing fast riff and massive chorus to end the song. Brilliant - and oddly enough, the change makes the song one of the most intriguing on the album. Palace in Thunderland pass you by a little with the most chilled track so far, before Swansea's Suns of Thunder bring back the rough and ready rock in fine style.

The merits of Ditchliquor, and their 'Megalomotherfucker' track have recently been praised here on ninehertz (see the links at the end of the review), but the following band, Agnosis, are a new one on me. Their track, 'A Kick in the Ribs While You're Down' has a lower production style and a sludge dirge and grunt ending, but doesn't really excite. ninehertz faves Outburst kick in with 'Orange Alert' from their excellent '100 Tonnes of Stone' demo (again, see below for full review), but the following track by Centrifuge doesn't really do much despite the transition from doom rock to tortured-vocal doom metal throughout the song. The pace is picked up again though by Color of Darkness, with the awesome 'Break Me Down', sounding like the soundtrack to some manic car chase, breaking into a riff immediately and keeping the foot down all the way.

The last quarter of the album begins with another Welsh act, Anti-Climax - the heaviest band on offer by far. Mixing into their sludge style a positively evil sounding grind and twinned screaming vocals, they provide a not exactly necessary, but definitely not unwelcome change from the general consensus of styles elsewhere. Next up are a couple more American bands - first Whores of Tijuana's 'Trip Manhattan' favourably brings to mind the mellow output of Brant Bjork, and a nice relaxing mood is created - a band I'll definitely be hunting down more material of (and isn't that the point of compilations anyway?). The other, Salt of the Earth provide a heavier output of classic doom that sounds okay, but not really my cup of tea. And finally, the whole thing is rounded off in a grand manner by the excellent instrumentalists from Birmingham, Mothertrucker, and their riff heavy 'Waxing the Shaft' track (see below for full demo review).

So there you go - sixteen tracks, mostly of high quality, with something in here for everyone. 'Heaviosity' is that rare breed of compilation album - one that maintains a consistently high level, where the tracks you skip are the exception rather than the tracks that stand out. And it's worth mentioning again - all for three pounds. Go visit the Gallipoli site and get your order in now.

Mothertrucker - 'The Last Ride of Dr. Sanchez' - <a href=http://www.ninehertz.co.uk/reviews.php?id=125 target=_blank>here</a>