Pelican The Fire In Our Throats Will Beckon The Thaw 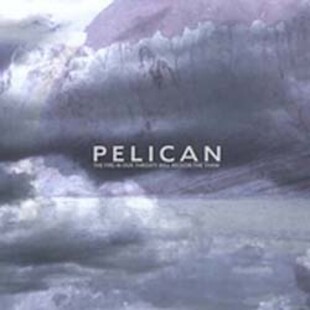 From the slowly faded-in drone at the start of 'Last Day of Winter' to the final notes of 'Sirius', Pelican's new album is truly an immersive experience. While the Chicago instrumental quartet's last opus 'Australasia' was a fine display of chugging yet beautiful ambient rifferama, it was clearly a collection of separate, distinct songs. Here however, one glides into another with total grace and naturalness, in a manner fitting the apparent theme - the changing seasons.

From the lovely, almost translucent packaging suggesting clouds and glaciers, to the album title, to the song titles (in addition to those above, there's 'Autumn into Summer', 'March Into the Sea', 'Red Ran Amber' and 'Aurora Borealis') everything speaks of nature and open spaces. OK, so 'Red Ran Amber' could be about being stuck at traffic lights, but Pelican being Pelican, I doubt it.

And the music? Well it ebbs and flows (like the ocean), and rocks out (like thunder and lightning), but always more delicately than on its predecessor. The treble seems to have been turned up, giving everything a glistening sheen, like, yes, a glacier. It does defy a break-down of the songs' sections, as they are really all about the gently shifting moods that go on - and the overlaps between the loud and soft are as crucial as both extremes. The only track that seems to be a self-contained metal monster is 'March To the Sea' (previously released as an EP with an amazing Justin Broadrick remix of an 'Australasia' track). This is eleven and a half minutes of stunning riffs, which come at you like a relentless army. The only sensible response is surrender!

The album is so pleasurable because it does free your head of 'metal' and all its tightly-wound machismo (that even Isis occasionally demonstrate), and lets you drift off somewhere more calm and tranquil (as you bob your head). While it's pastoral, it's not quite Pink Floyd. Maybe more like a much more straightforward, less spiky Don Caballero (in their 'What Burns Never Returns' phase), in terms of the almost lilting feel created, or Sonic Youth at their most expansive. Comparisons are a little pointless though, as Pelican stand on their own.

You feel like jumping for joy after hearing this album - it's like the first warm day after a dismal winter. The drummer really seems to have got his shit together too.

Forums - - Pelican - The Fire In Our Throats Will Beckon The Thaw