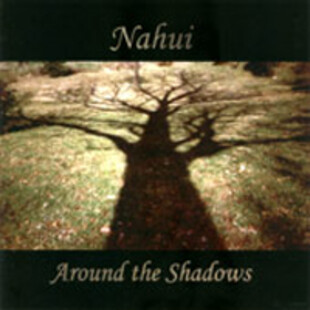 There's always a danger with one-man-bands such as Nahui that they will turn out to be the self-indulgent outpourings of one person with a copy of Cubase and far too much time on their hands. It's also worrying when the CD you're given looks like a home effort at album artwork. Amazingly, Nahui, AKA Luca Giancotti seems to have stayed clear of writing music for his own personal amusement, and produced a surprisingly competent CD of decent tunes. There's even a bit of old-school soloing here if that's your thing, although it does slightly over-dominate songs at times.

Assuming that the picture of the inside cover of the album is Luca himself, he looks a little scary as he's oddly decided on a picture where he has a thousand yard stare and a worrying smile. Thankfully, he has a soothing voice with an endearing accent as you'd expect from an Italian singing English, which is complemented by a decent level of musical ability. A good reference would be A Perfect Circle, with chugging guitars and ethereal vocals, although there aren't any really heavy moments on the album. There is, however, some great riffing over the 5 tracks on offer, especially on opening track 'Painter', which sounds like classic melodic metal and is a great, listenable tune.

Unfortunately, this EP sounds a little samey all the way through, which is always a danger of producing music on your own. Some of the greatest bands have come from the interaction and different styles each member brought to the table, such as Led Zeppelin, where every band member listened to different genres. Very few individuals can pull off long stretches of music while keeping things interesting, and while Luca comes close, he isn't yet in the same league as Trent Reznor or John Crosby of V.A.S.T. That said, 'Tomorrow', is a welcome change, adding acoustic guitar and understated electronic beats in its all to short two and a half minutes and is a promising sight of the places Nahui could go. It would be interesting to see how Nahui evolve from here, as there's clearly a lot of talent and if Luca can produce an album of the calibre of 'Painter', and 'Tomorrow', with a little more variety, it would be a great thing indeed.

Forums - - Nahui - Around The Shadows