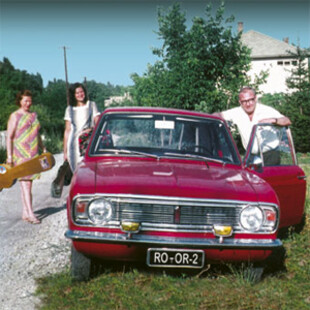 After the release of their first, seminal, self-titled album, Karma to Burn committed what many considered to be commercial suicide. Claiming that they had never wanted a vocalist at all and had utilised the Ian Curtis-meets-Rob Zombie drawl of J. Jarosz only to attract initial attention, they became an instrumental three-piece and were promptly dropped by Roadrunner Records. Fans too, were unsure - after the sheer majesty of the debut album I wished for nothing to change and the allure of instrumental albums was none-too-strong. By the time they imploded a few years and two albums later, they may not have reached the sales or media generated by the debut, but they had ensured their place in cult stoner legend. The music on offer on 'Wild, Wonderful...Purgatory' and, even more so, on 'Almost Heathen' proved that fantastic stoner rock could be created without the use of vocals while never losing the attention of it's listeners.

While Karma to Burn weren't the first band to go instrumental, they managed to highlight the fact that not only could it be done full time, but that it could be done well and be admired. Now, there are several bands creating great vocal-free music that, if not inspired by Karma to Burn, is more openly received because of them. In this bracket sit Germany's Rotor.

For all this, '2' begins with...a track with vocals - 'On the Run'. It's good stuff too - sounding like a less enthusiastic John Garcia fronting Gonga - and on first listen you get the feeling you're going to like what's in front of you. Not that the change to instrumentalism is a drastic one - just a slight surprise given that it sounded pretty good with a singer. The vibe created from then on is of fuzzed out guitar riffs that you can imagine would be perfect for driving to. While not sounding unlike Karma to Burn's latter efforts, there's less dependency upon a huge riff to focus the song than with the West Virginians. There's a more psychedelic edge you sense - typical of Elektrohasch and label mates such as Colour Haze or Gas Giant, and brings to mind other modern instrumental references including the drawn out output of Monkey3 and the more straight up rocking style of Stinking Lizaveta.

The second half of the album begins with another vocalised track - 'Erdlicht' - (sell outs!) this time sung in Persian, apparently. This, along with the Spanish-style acoustic guitar tones that can be heard as the album progresses, creates a unique, almost mystic vibe to parts of the record, which could only have come from Europe, with its more creative slant on the genre.

Rotor have produced a fantastic record that I can't help but feel will sound even better in a month or so when summer hits and the sun is out. Any lingering doubts I had that to be without vocals is merely a novelty that cannot be shared among more than a couple of bands have taken a step nearer to extinction.