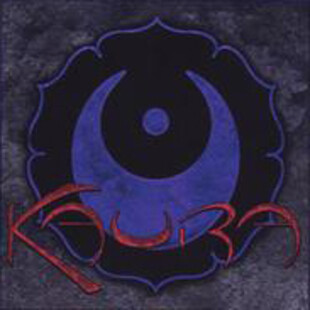 There are milestones in every hobby. Finishing your first model plane. Playing your first gig. Eating 36 Jaffa Cakes in under 4 minutes without spewing orange-brown mess into your lap. For the largely thankless job of unpaid journalist/hack, the first press pack is a little treat. A far cry from the CDs covered in Italian sticky labels or the occasional CD-R, the press pack cements your status as a someone. All we have to do is cross off all the bits where it says 'Pete,' change it to 'Gareth,' and I can almost smell the free PR lunches and flights to LA for studio exclusives coming my way.

Actually, reading through the press pack is a surprisingly good way of gaining a zero-effort insight into a band, along with their aims and achievements. In Kauras case, there seems to be more than a few mentions of A Perfect Circle and tribal instruments. While this is no bad thing, I was a little apprehensive that the band would come off as a second rate APC, and I'd be forced to give them some verbal abuse. Thankfully, this isn't the case; while there are definately some APC influenced moments on there, Kaura have enough musical ideas to stand out from the current crop of atmospheric rock albums that have cropped up in the past few years. Indeed, a more obvious influence would have to be the massively under-rated Dredg, as large sections of this EP sound like they could be a perfectly satisfying stop-gap release between the last 2 Dredg albums.

Oddly enough, the EP opens with the weakest track, 'The Falling,' a fairly blatant attempt at a Tool-esque heavy rock number, saved by a great middle section. For anyone who stays with the CD, things improve more and more as time goes on. While track 2 drags on a little near the end, I don't have a bad word to say for any of the other songs here. The tribal aspects of the songs sit very well and never overpower whats going on around them. Think more the subtle tablas and percussive work of Danny Carey than the brutal assault of Neurosis and you'll have a decent idea of what the band are aiming for, best captured in third track 'Becoming.' The guitar tones too sit well with the music, and while the distorted tones are a little dry and slightly underwhelming, the playing is perfectly suited for the music. Live, the band should be something spectacular.

Clocking in at just over 18 minutes, there's certainly a lot going on here, and it took me a few listens to take everything in. Listening through headphones lets some of the more subtle textures shine through and this is certainly an EP that leaves you wanting to hear what the band have in store for their first full length release. Sadly, with the complexity of the music, it's more than likely that'll be a fair way off yet. In the meantime, fans of Tool, Dredg, A Perfect Circle and heavy, melodic rock in general should track down a copy of this CD and get tickets if the band plays near them. First class stuff, and very impressive for such a new band.

Every other website just got confused by the name, including the usually infallible Amazon.