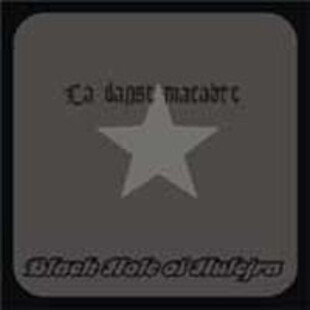 If Black Hole of Hulejra can make a whole album as good as they have this four track EP, then it will surely be a must-have release. 'La Danse Macabre', despite its length, is a varied, confident set of songs that points to bigger and brighter things for the Sardinians.

It opens with the punk-tinged 'Insecto Kill', a fine blast of rock 'n' roll in the spirit of The Hellacopters, the vocalist's gravelly 50-Marlboro-a-day tone perfectly suited for the delivery. The following title track changes tack completely, heading for a countrified acoustic feel, sounding not unlike one of the bizarre mid-period Desert Sessions tracks that saw Homme and buddies pissing around with style and content while still delivering the goods.

The second half of the EP is left solely for pure, unadulterated stoner rock. The fuzz glow of guitar sound that greets you at the start of 'Dust Mite' warms your soul, enticing you to block out all other distractions as they lead you into a four-minute instrumental jam. Closer 'Phat Slug' follows suit, the band seemingly trapped in a riff-appreciation loop, with only the vocalist breaking free from the seemingly drug-induced repetitive sound. It's high quality stuff - reminiscent maybe of Dozer, Beaver and other northern European stoner rock bands, but with enough originality between the band members to not become a bore.

Even if you're not convinced to get 'La Danse Macabre', then Black Hole of Hulejra is definitely a name you should be looking out for in the future.