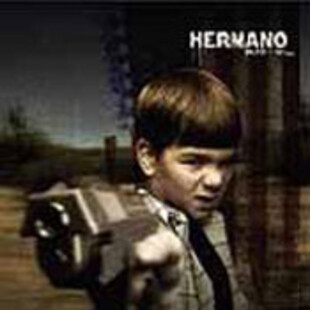 Any music fronted by John Garcia has got to be worth a listen. 'Coping With the Urban Coyote', 'Only a Suggestion' and 'Amusing the Amazing' are on his album CV, and that's before taking into account the trilogy of magical, genre-defining Kyuss releases. So I'll get the summary out of the way now, because to those of you familiar with his previous work it will come as no surprise - 'Dare I Say' is, on the whole, superb.

If it weren't for a couple of tracks, I'd go as far as saying essential. The songs in question, 'Let's Get it On' and 'Quite Fucked' may appeal to some out there, but seem to lower the song writing quality that is in abundance elsewhere. Both are cheesy, Nashville Pussy aping songs, with the former's title and the latter's 'Go motherfucker, motherfucker go' chorus dominating each - it's a bit juvenile and more than a tad unoriginal.

Album closer 'Angry American' borders on the same faults, but is significant for its display of intent, concluding a theme that runs throughout 'Dare I Say'. The album showcases a dark, angry lyrical content previously largely unheard from Hermano and indeed Garcia. Even the most musically restrained, mellow track - the acoustic 'Murder One', as the title suggest, follows the trend.

Beyond the few lapses, the album is of amazingly high quality, maintained through songs such as 'Life' and 'Brother Bjork'. The latter is seemingly an ode to Garcia's former band mate Brant Bjork, with it's reference to the drummer's third solo album in the line 'Keep it down, keep your cool, don't lose your head, keep it smooth'. That before reverting to album-type with much more depressing lyrics such as 'Dead baby lying in your hands, I'd never wish this on any man.'

The album's highlight, the sumptuous 'My Boy', brings everything together to perfection. It's carried for the first half by Garcia's vocal melody (something that, interestingly, is credited alongside lyrics and music in the booklet for every song) before kicking into life with David Angstrom, Dandy Brown and Chris Leathers joining the frontman in perfect harmony. The lyrics tie in the album cover artwork - the pointed gun held by the kid with the twattable expression on his face and a burning trailer - a tale of ironic fatherly pride. 'Now all your prey had such good lives, they even had such beautiful wives, can you watch them bleed and die? That's my little boy.'

'Dare I Say' maybe soured slightly by the previously mentioned blips, but if you just skip these tracks, what you are left with is a lyrically-intriguing, musically-excellent, thrilling ride.