Black Eye Riot No Hope, No Future, No Worries 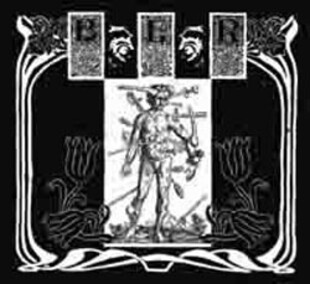 The name says it all. Black Eye Riot are not to be fucked with. My taste of the now infamous Riot live experience involved the band drop-kicking, in-fighting, launching themselves into the crowd...a truly battering, bruising, yet rewarding and entertaining twenty five minutes or so. Which is how you could describe their debut album.

No Hope, No Future, No Worries features ten tracks of full-speed punk metal that has its heritage in the camps of both Discharge and Black Sabbath. Thus, despite their ranks numbering ex members of Welsh stoners Acrimony (who were responsible for the magnificent Tumuli Shroomaroom album) and the much revered Iron Monkey, the rather more helpful modern day UK comparison to make here is with the Dukes of Nothing.

This is ugly, fast music - the perfect backdrop to necking a few shorts before heading down to your local dive - a more appropriate soundtrack to Prodigy's Smack My Bitch Up video than Smack My Bitch Up. The tracks may rush past in a blur on first listen but delve a little deeper and there's some mighty fine huge riffing going on there that will entice metal, sludge, stoner and punk fans alike - look to 'One Of Us' or 'Capitalise On This' for evidence.

This has a lot to entice you at first glance - its label - the rising Undergroove (the heart of so much that is good in UK underground music at the moment), the gorgeous digipack packaging, and its producer - Billy Anderson. Yep, the same man who produced Sleep's Holy Mountain, Neurosis' Through Silver in Blood, Eyehategod's Dopesick and Alabama Thunderpussy's Staring at the Divine to name but a few masterpieces, as well as a being a member of stoner kings Porn (Men of) - in short a God to many. By all reports, he took a shine to Black Eye Riot and their drinking habits and his production job here is a credit in its simplicity - ensuring that the sound does not get bogged down in the frantic race to finish each song as fast as possible.

Yeah, it's generic - there's twin vocalists, one high pitched, the other leaning more toward a grunt; music that ain't a million miles away from many hardcore or sludge bands playing in your local shitholes every other night - bands like Army of Flying Robots or My War or Helvis, but maybe that's the point, in fact there probably isn't a point. No Hope, No Future, No Worries will not change your world, or your perception of music. It may, however, make you smile, possibly dance and maybe even make you want to punch someone. It's good to hear that there are bands out there keeping it fast, loud and fucking angry.

Forums - - Black Eye Riot - No Hope, No Future, No Worries