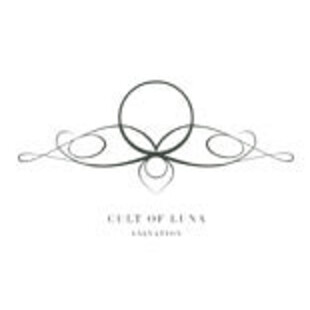 When I first saw this album, and its track listing, I have to say, I got a little excited. Track one 'Echoes', possible Pink Floyd cover I hoped? Sadly not. But what we get instead is pretty good all the same. A four minute intro, builds nicely, and then with the help of a quirky little sample, it kicks in beautifully. The song moves on in typical Cult Of Luna fashion, the vocals are strong, the guitar parts work well, if a little overly simplistic, and the drumming just does what its got to do. The best part of the song though, is its outro. They move up a gear and everything becomes so much more powerful, before dropping down again to a nice bass and drum passage that takes us to the end of the song.

Track two, passes by a little uneventfully, before 'Leave Me Here' shows us what this band are truly capable of. Periods of loud and quiet, sections of total ambience break things up well, and the riffs are just huge. 'Waiting For You' is an inspiring track, but screams of Isis. 'Adrift' is one of the highlights of the album, and its opening riff, has a chord progression, and a vocal attack that make the hairs of my neck stand and listen. This song is arguably one of the best from their three album career. It sounds a little like it would have been better on one of their earlier albums though, as it concentrates less on the loud quiet dynamic, than all of the tracks on this album. Its also has some great drumming that comes from nowhere about half way through. Which was nice.

'White Cell' is a short little ditty by CoL standards, a mere 5:38. This is probably the most doom sounding track on the album, very slow, very simple, not their best effort. 'Crossing Over' can best be described as weak. It simply does nothing, just quiet, synth based, and very dull. Shame that they included it really.

The final track 'Into the Beyond' is excellent, a very well layered and well written intro, with instruments working well together, over a superbly catchy bassline. Then it drops, and it sounds apocalyptic, the kind of riff that follows a progression that you wouldn't expect. Then they move back into a light sounding section, that is simply there to emphasise how massive the next riff is. This is a formula they follow for the majority of the song, and the majority of the album to be fair. But it works, they have the writing ability to generally carry it off.

The problem with this album/band is that whilst they are capable of writing good music, it never quite reaches brilliance. This is made even harder for them by the strength of their contemporaries. They must hate the comparison, but with the existence of Neurosis and Isis, they really are the third rate option. 'Salvation' is a good album, its worth owning, but its not the bands best (its arguably their worst). The biggest problem though with this album, is that it was released really close to both Isis's 'Panopticon, and Neurosis' 'Eye of Every Storm', both of which are far better.

Sadly, if your a fan of Cult Of Luna, or this whole genre, you may be a little disappointed.