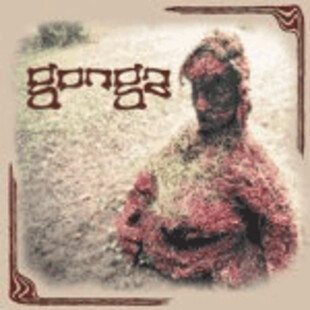 People are beginning to get a little excited by Bristol's Gonga, following their UK tour with Mondo Generator at the end of 2003 and their invitation to record for Radio 1's Evening Session. Yet I listened to this, their debut album, tentatively at first. With many bands from our isles abandoning all traces of stoner rock from their sound in favour of Hydrahead-style dynamics, drawn-out doom drone or some sludge/grind hybrid, added to the fact that Gonga's own poster tag-line proclaimed them to be 'pounding doom', my excitement for this release was not exactly uncontainable.

Thank God, then, that I decided to get this album despite my scepticism, because not only was I happily surprised, but I'm still listening to this album regularly, weeks on. After an unremarkable instrumental opening track, Gonga truly takes life on 'Burnt Honey' and doesn't let up until the end. Despite bringing to mind the superb stoner sounds of Dozer or Hangnail, Gonga's real ace cards are their melodic originality and the changes in tempo that save the album from losing its interest toward the end - a trait which can unfortunately be levelled at too many stoner bands from the last decade or so.

Gonga's other secret weapon is vocalist Joseph. Sounding not unlike Scott Weiland in places (especially on the glorious 'The Pomp', which sounds like Nebula covering Stone Temple Pilots' Tiny Music... album), the vocals really help to create the unique groove that pushes Gonga to a level above that of the sub-standard Kyuss copyists that were ten-a-penny a few years back in the UK and Scandinavia.

With only the last track, the excellent Electric Wizard aping 'Octane Bud', lending itself to the aforementioned 'pounding doom' tag, Gonga may be doing themselves a slight injustice with their self-description. Don't get me wrong - heavier bands from Isis to Bongzilla to Sunn 0))) to Mistress are creating fantastic music. Yet it's about time stoner rock made a return, especially in this country. And who better to lead that new wave than Gonga?