Alabama Thunderpussy It's One Hell Of A Party! 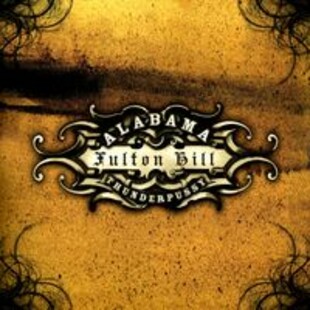 Sometimes, things just don't work out how you expect them to. I didn't even think I was going to make the gig, but a sudden change of plans found me in the venue just as Sheffield favourites The Uninvited were warming up. In the time it took me to get a whiskey, a plan had come together, ATP had agreed to an interview, and the ninehertz posse found themselves putting a set of probing questions together on the bar, with nothing but a dodgy pen, an acid trance poster and five brains in varying states of inebriation.

Five minutes later, I was in a dressing room alone with one of my favourite bands, doing my first face to face interview. And if there's anything of interest in here, it's all thanks to them! Unless I've said otherwise, the questions were answered by drummer, Bryan Cox.

First of all, how's the tour going?

So far, so good. Tonight will be the third show of the tour. On Sunday, we played in London, at the Peel - good show, good times. Last night in Swansea was also good, we always enjoy playing in the UK because the crowds are so responsive.

Tell us a bit more about your album, 'Fulton Hill'.

I think this is the most effort we've ever given to recording an album. We spent six weeks in the studio, and there was a long time writing, working, thinking before that. We were really happy with it when we finished it and we're happy with the response. People seem to like it. 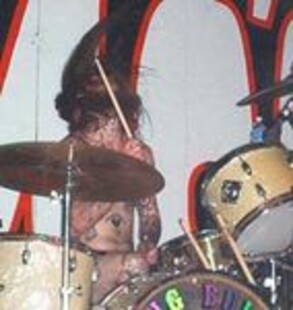 Fill us in on the background of the band. Did you have previous names before ATP? And does your name ever get you into trouble?

Alabama Thunderpussy was my first band and it's the only name we've ever had. We're not mainstream, so the name has never been a problem. I think people are a lot more open-minded about that kind of thing these days, anyway.

Does the band have day jobs?

I'm a graphic designer, Erik's a delivery driver. The rest of the band have had various jobs, including catering and paint contracting. [not sure what that is, I might have heard wrong!] Me and Erik have always been able to get our jobs back, mine is pretty flexible. A few times, some of the band haven't, but there's no trouble finding a job in Richmond if you're prepared to work hard, so it hasn't been a problem.

Relapse Records are generally known for bands with a much darker sound than your own. How did you get signed with them?

We were signed to Man's Ruin before it went bankrupt and we already had a CD recorded. We sent it to a bunch of people ready to go. At the time, I think Relapse were trying to expand their catalogue, and it was a good time to contact them. They knew they wouldn't lose money on us because we've always been a hardworking band. We're prepared to tour our asses off.

You seem to have a long-running relationship with the Emissions from the Monolith festival in Ohio - how did that come about?

The guy who runs it is our old booking agent and he sorts it out for us. I think we've played nearly every year. The soundman there is one of the best in the world.

Johnny: It's one hell of a party.

If someone came over to your house for a party, what would they get?

I throw lots of parties. Lots of beers and...other things. But mainly beer. Half-cooked meat being thrown around, I like to get the grill out. ZZ Top. People falling off the porch...

And if you could tour with any band, who would you choose?

Led Zeppellin. I'd also like to tour with Judas Priest, that would be cool.

Johnny: The Stones on the Exile on Main Street tour.

And with that, I leave the band to get ready for what turned out to be an unforgettable, heavy and hard rocking set. In a few years, heavy rock bands asked that question will regret it if they haven't toured with Alabama Thunderpussy.

Forums - - Alabama Thunderpussy - It's One Hell Of A Party!