The Ninehertz Alternative Top 10 Albums of 2019: Joe Allen (of Kurokuma)

You may have listened to Pete and Mike's collective top ten albums of the year, but it's important to highlight other records that may have slipped under your radar.

Ninehertz uncovers hundreds of new releases a year, but even they can't hear everything, here's ten records you should spin while counting down to New Year's Day 2020. 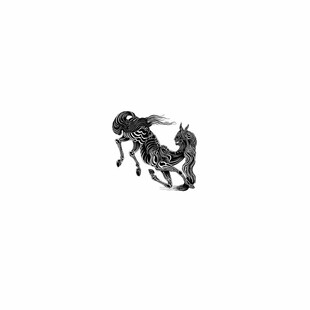 This is a concept album based on a 2016 horror novel called Muladona, and the band worked pretty closely with the author, who lends spoken word sections here. The music itself hits hard indeed, sitting somewhere between modern doom and post-metal with elements of drone and black metal. At times, usually when the vocals kick in, it's like having the exterior of your face sand-blasted off - the vocals are absolutely scathing. There's a hefty low end to the whole release, as well as this searing high end on the vocals and guitars. Along with the story, it's an electrifying experience.

Whereas the Rorcal release might rip you limb from limb in as savage a way as possible, this feels like being methodically dissected by somebody who's enjoying it a bit too much. Still horrific and brutal but there's a twisted macabre intent behind it all - just look at the title. It doesn't let up, largely thanks to the scratchy, dirty, analogue production, but also the relentless nature of the songwriting. When recognisable riffs do poke through the chaos, like at the end of "Emaciated" or in "Rusted Wind", it sounds evil as fuck. Respect to Pissgrave for this utterly putrid slab of truly extreme grind.

Hidden History of the Human Race by Blood Incantation

I thought about leaving this off my list because it's on most others and I got sick of hearing about it after a while, but this is probably the metal release of 2019, all things considered. I had a feeling it would be when they first dropped the video for "Inner Paths to Outer Space". I don't normally get much out of videos but that one is sublime and mirrors the music consummately in the visual realm. When I then heard these remaining three tracks of cosmic death metal with lyrics about man as a quantum entity I was blown away. Interdimensional Extinction and Starspawn are more esoteric releases but set the stage for BI to slap down this accessible but still complex and trippy 'breakthrough' release. The songs are dense and rewarding but flow perfectly. The production is spot on. The album art completes the package. I can't stop listening to this. 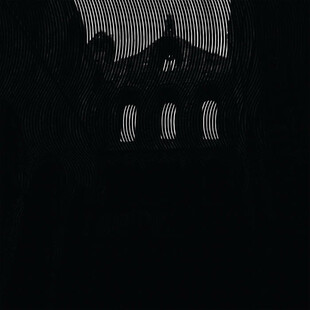 Absolute one of a kind band. Having toured with them and doing the same next year (look out for an announcement soon), I can say these guys are vicious live. This album has less straight ahead d-beats and blast beats than previous releases; there's more rhythmic variation and it feels faster and more frantic for it. The guitar tone has also moved more into the Orange camp, and so what you get is a uniquely thick-sounding, dark hardcore album. "Punishment" is a stand out track and it's been stuck in my head all year. Bring on March.

This album oozes quality. It's not the heaviest thing this year but it's up there as one of the best put-together. Progressive death metal usually turns me off as a label, but this flows and flows so well that it's almost easy on the ears. The musicianship is unquestionable and the acoustic interludes add a further classy layer. 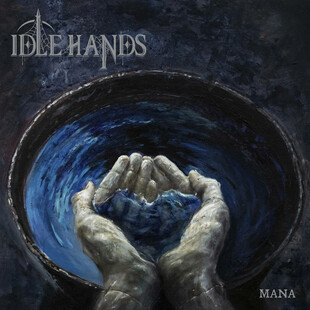 Goth metal is not something I usually bother with but this album is irresistible with elements of occult rock and power metal creeping in around the edges. You even get a few blast beats from the drummer and some primal howls from the frontman, who has obviously been influenced by Peter Steele. It's extremely melodic, recorded and produced incredibly cleanly and is pretty unique, at least to me. There's a strong 80s vibe and it might be too over-the-top for some but fans of Type O Negative will love this.

Infest The Rats' Nest by King Gizzard & The Lizard Wizard

I've enjoyed King Gizzard's output up till now, and you can't help but be impressed with the rate and quality of it all. When I heard they were putting a thrash album out I wanted it to be great, and fortunately they delivered. Coming from their psych/garage background it's no surprise that have an old-school, analogue sound here; it's like listening to an early 80s NWOBHM/thrash masterpiece recorded in hi-fidelity. Reminds me of Oozing Wound a lot. The droning lyrics deal with stories set in space (definitely a theme this year) and are almost anthemic at times - it works amazingly well. 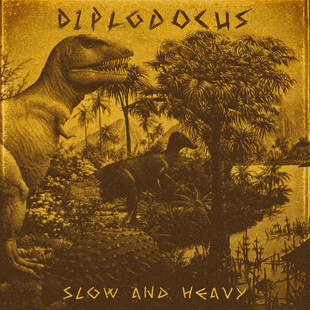 Slow and Heavy by Diplodocus

What is it about this style of music that immediately makes one think of dinosaurs? Was it seeded in our minds through film and television, or is it inherently dinosauric? This could easily be the soundtrack to a old B-movie or cartoon, but there are strong elements of dungeon synth as well. It's strange how these two ideas seem to blend seamlessly together, and I love it.

I've been following Acid Arab for a while now. A production team from Paris, they mix instrumental and vocal samples from the Middle East with house and techno. This album was their first since 2016 and moved in a more brooding, simple and hard-hitting direction. It's transportative, as they bring out the psychedelic potential inherent in a lot of Middle Eastern sounds. Perfectly produced and almost understated in parts, this made up a big part of my listening this year.

Serpents of The South​-​West Peninsula by Samuel Organ

Bending the rules slightly here, but this came out just at the end of 2018 - too late to not be available for such lists last year. Plus it's easily one of my most-listened to releases of 2019, and deserves more attention than it got. It's a little quirky, maybe even vapourwavey in parts; to properly describe it you'd call it glitchy, melodic, experimental electronic music, but it's so deeply lush that it's comparable in vibe and quality to a lot of early Aphex Twin. You can buy a zine featuring artwork of 'serpents of the south-west peninsula' via Bandcamp, but at least take a listen - it's immense.