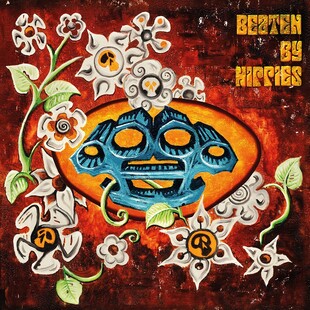 Here's a band so entrenched in their influences and, consequently, untouched by the need for individuality, they practically admit as much in their bio - "spoonfed on 90's music". This is stoner rock as it was two decades ago. As such, there are many resemblances to a multitude of bands - so let's go through those as I hear them.

Hangnail - straight up first track, in the vocals and the music, I'm reminded of the Londoners' Ten Days Before Summer. It's underwhelming though, especially the hints at grunge that it lapses toward.

Fu Manchu and Truckfighters - of course. There's a natural lineage through populist stoner rock between the two. Space Tail in particular walks that bridge, the beginning the adrenaline rawness of the early albums of the former, the whole heads-down rocking dumb and a fair whack of fun.

Orange Goblin - the powerful metal lead and gruff n ready approach to much points to the Goblin, and similarly reminds me of Plymouth's Grifter at times as well. In these moments, there's a metallic edge that suggests you're close to a galloping NWOBHM riff, without it ever truly arriving, probably for the best.

Unida - the second half of the album has two or three tracks of post-Kyuss John Garcia simile, with vocals attempting the ape the master on Breathe Slow and elsewhere. There's a thin line of Clutch noticeable at times here as well.

Lowrider - this is a stretch, but listening to Dust and in this retrospective mood, the title has me digging out Dust Settlin' from the Swedes' landmark Ode to Io album from 2000. Stoner rock really was so good back in the day, wasn't it?

Farflung or 35007 - I've saved this one for last, as the fact I can't nail it down to a single band, and that arguably the bands I do name are not as obvious as the other listed, is a positive. And so it proves, the eponymous fifth track full of distant hazy psych restraint that stands out clearly as my favourite.

Take that as you will; even I can't tell how much my appraisal is playful or just purely cynical. Beaten by Hippies at least stay true to their word, and summon the sounds of their inspiration.