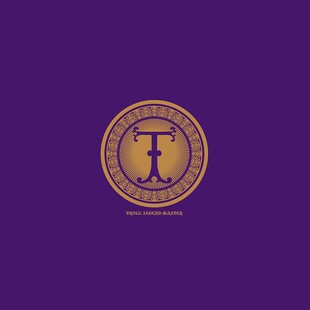 This has taken me an age to come to terms with. I nearly discarded the promo after my first visit, but something told me to try again. I didn't get it the next time through either but again there was a nagging voice imploring I persist. And then, while still not feeling it, that voice formed a sentence, that Legend Master is a masterpiece.

I've delayed reviewing, against usual practice, and finally I've arrived closer to my subconscious on this. This is an incredible piece of work. Perhaps it's my lack of patience while reviewing, or something simple such as the slightly awkward vocals at the start of the opening track, but its magnificence, once revealed, is evident throughout.

It is epic in terms of dimensions (a double vinyl's worth of five capacious songs) and scope. Troll have created a sound rooted in trad doom, with the bold song development of Pallbearer and a hint of the other-worldliness of Elder. There is beauty within the flowering long-form old-doom - see the entirety of the towering Book I: Proverbs of Hell as marvelous proof.

It is obviously formed from a love of 80s doom, from both sides of the Atlantic, together with the patience and desire to tell stories in a grandiose prog manner - the noble Book II is evidence. That's followed by The Door, where the nice stoner riff that permeates and the gentle rhythmic flow create a picturesque panoramic view. Each track has something about it, a little different from each other. Building My Temple has a wistful doom tone that brings closure to the album in a very satisfying manner.

For traditional doom aficionados this will be a real treat, and those tempted into the expansive world of Pallbearer in recent times should ensure they call in. Troll have been ambitious and it has paid off, for Legend Master is a stunning album.