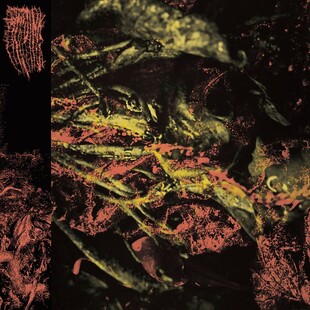 An unnerving noise, as if a swarm of wasps are moving metal boxes around an otherwise empty cavernous factory, piled into by a whirring death metal hailstorm, ghostly yet with physical impact, a pulsating tempo from the shadows shuddering through your bones. There are obvious Portal comparisons to be made, but they don’t tell the whole story, with an outsider Neurot mysticism that obfuscates matters.

Hissing, a trio from Seattle, make quite the impression, and then never relent. There is agitated menace jabbing sharply from every pore, rolling in on rhythmic attacks. Think of the bludgeoning atmospherics of Abjection Ritual with the death-in-noise of Our Place of Worship is Silence - this is up there with both, with a more maniacal state of mind.

Perhaps that doesn’t go far enough to portray the desperate extremes this pushes at, that it drags you down into, also going close into the dangerous waters of Teitanblood or Diocletian, realms it is hard to fight your way back out of. There’s an air of the experimentation of a band local to me, Drawn from Ichor, and their harsh noise upon harsh metal electric storms.

It is mesmeric at all times, impossible to turn away from despite the sonic assault committed. Permanent Destitution is hugely impressive.