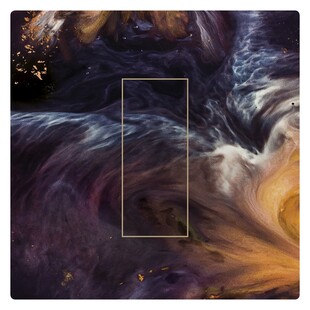 It’s been a few years now, but a new Earthmass record arrives, which is grand news. One of the bright lights of the burgeoning Essex scene, they’ve led the way with tripped out psych of the heavier end of the scale in our islands during this decade.

There are three tracks - Keep, Relic and Ritual - seemingly conjoined phases of a larger story, artwork and packaging adding to a portrayal, a sense of event, as with their previous.

Keep; gentle beginnings, space rock atmospheres glimmer, folky vocals whisper in the light airs. It feels like an Earth album where the dots have been joined together, hypnotic meditation yet with a constant traditional flow.

Relic; an instantaneous riff awakens you from the bliss of prior. The synthesised space echo is unleashed, true space rock from the origins of Hawkwind, but with a heavier lean towards their Sabbathi or Gagarin peers. There’s purer stoner rock elements here as well, with one moment’s prolonged vocal reminding me (albeit obscurely) of Kyuss’ El Rodeo leading into a head nodding riff of doom, that matches up against Kurokuma’s fearsome Dope Rider part 2, a surprising yet warming amalgamation.

Ritual; this utilises it’s long run time to build momentum, like the best (or for that matter worst, or middling) of post metal or post rock triggering both impatience and intrigue to see where it is heading. It doesn’t explode into riff fury, instead settling down into a beautifully simple mellow rhythm, a sanguine brightness felt in its deft touch. Heaviness arrives later, but allied as it is to ghostly vocals it merely adds to the haunted mood that has settled.

Another record to admire, to delve into, submit yourself to and travel within. Earthmass excel in these statements of artistic voyage. Long may they continue.