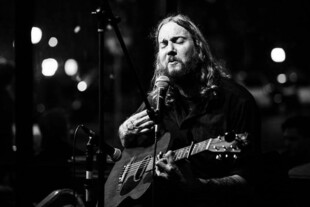 This is actually Podcast 8, not 7 as I incorrectly intone at the start of the session.

Tim Holehouse is one of my oldest friends in the music scene, he's been a ridiculously prolific artist since the 90s, has been in various bands including Schema, Soon The Darkness, Among The Missing and Naked Shit, but for more than a decade has played mostly solo and collaborating and touring with dozens of artists from around the world. His travels have taken him across the globe and I managed to pin him down to about an hour when he stopped by Lincoln again recently on a spoken word tour he's been doing ahead of a book release this year.

Tim picks mainly tracks he's on, but also talks about his favourite band, the inimitable SWANS.

Among The Missing - Ten Pounds of Fuck

Tim Holehouse - Vessels That Sail In The Night

Tim Holehouse and The Tourette Boys - The Incident

We talk a lot on this one, so the bed is a smorgasbord of stuff, in order:

Colossloth - Of Talons and Teeth